Showing posts from July, 2019
Show all

REGARDING THE FILING BY CALL TO ACT! A PROPOS DE LA REQUETE D’APPEL A AGIR! 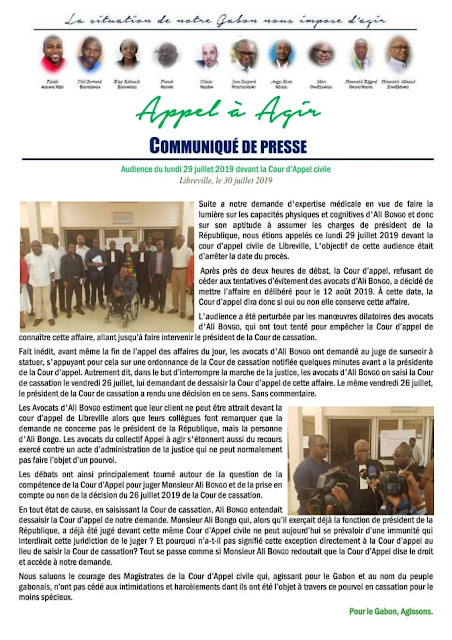 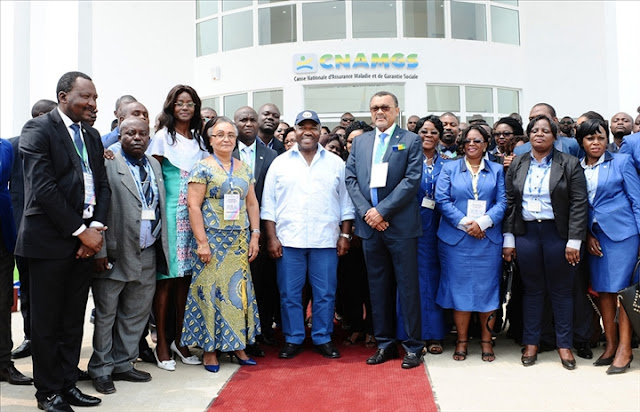 English version It is Africa Mining Intelligence that writes it in its today’s edition, that Michel Mboussou is reportedly currently in a chilled relationship with the Bongo regime, because of the presidential ambition of his wife. Although appointed as Chairman of the Board of Directors of the Company that manages the shares of the Gabonese State in the mining sector, the Equatorial Company of Mines; Michel Mboussou has lost his shine within the regime. Indeed, the one who inducted Ali Bongo as the head of the Gabonese Freemasonry, then was appointed to the Ministry of Foreign Affairs, then as patron of the social security of Gabon, and finally boss of the Gabonese Company of storage of petroleum products, now plays on the back bench! According to the publication, Michel Mboussou would bear the brunt of recent tensions at the head of Gabon. Since Ali Bongo's stroke in October, Senate President Lucie Milebou-Aubusson, his wife, seems to want to position herself
Post a Comment
Read more 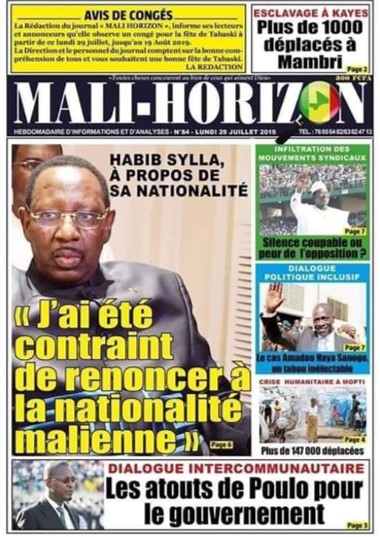 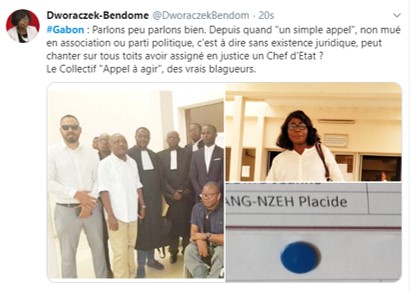 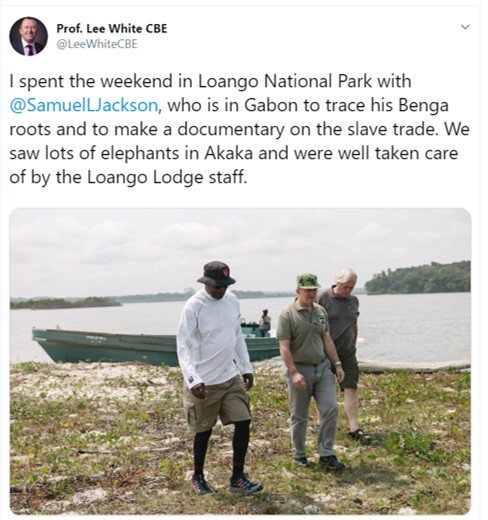 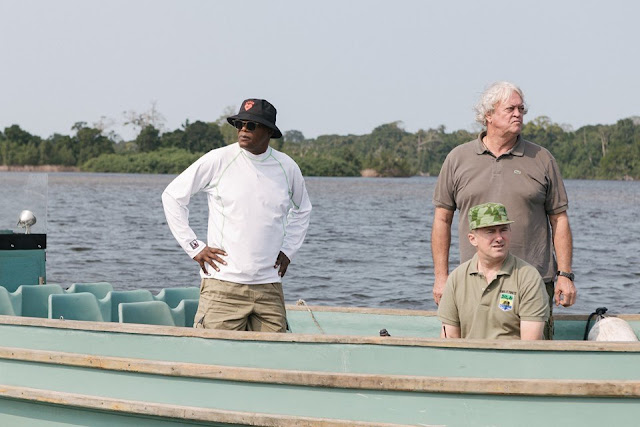 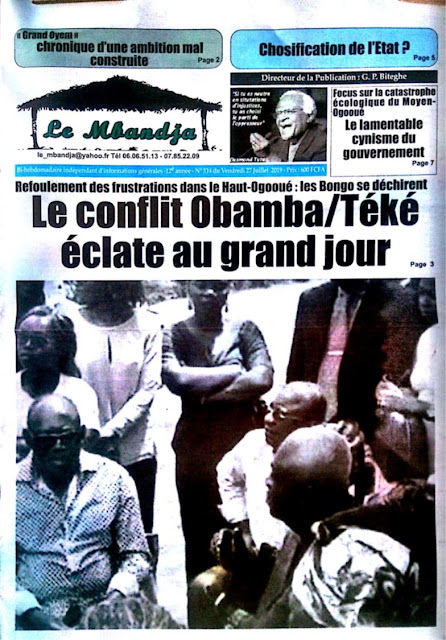 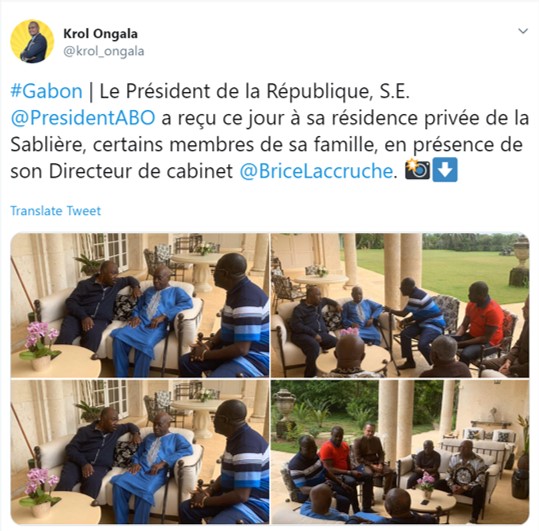 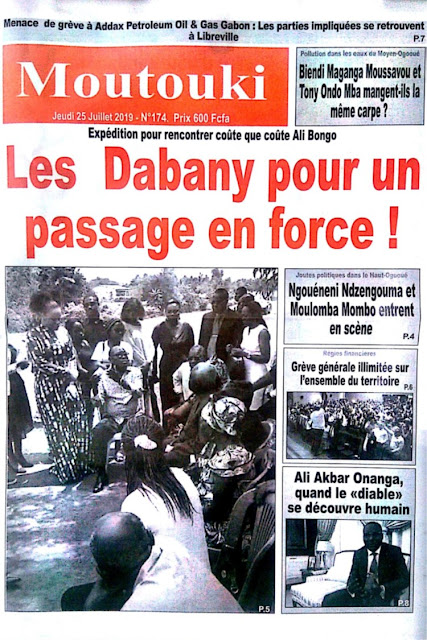 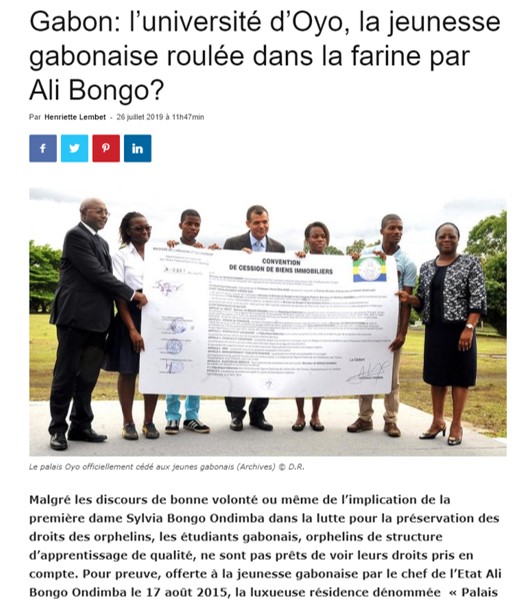 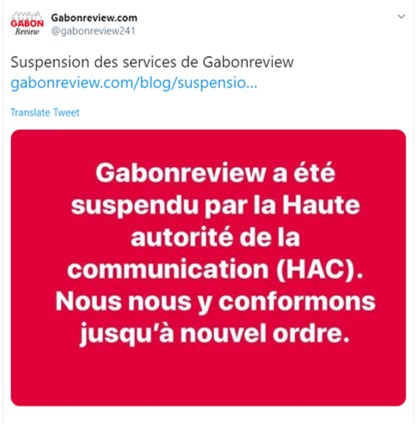 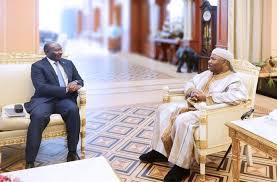 English version According to La Lettre du Continent (LDC), Sylvia Bongo is organizing an interview by Ali Bongo with French media. But why would she want to go to France to organize all this, when a simple press conference, as many Gabonese people are asking, would do the job and not cost anything? This ridiculous exercise would be aimed at rectifying the deep feeling of power vacuum surrounding the regime. In addition, the LDC tells us that many people would already be positioned for the succession. This is the case of Henri-Claude Oyima, whose proximity to Brice Laccruche Alihanga suggests that they are teaming up. The LDC also suggests that the rising Ajeviens, who come from the BGFI, would be more Oyima’s sycophants than Laccruche’s. The LDC also tells us that Oyima has the support of Pascaline Bongo. Oyima successor to Ali Bongo? The strategy of conserving power by the Bongos is unfolding! Version française D’après la Lettre du Cont
Post a Comment
Read more

THIS IS WHAT IS GOING ON IN GABON! VOICI CE QUI SE PASSE AU GABON ! 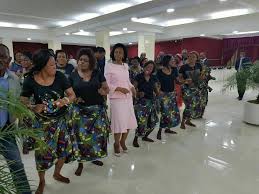 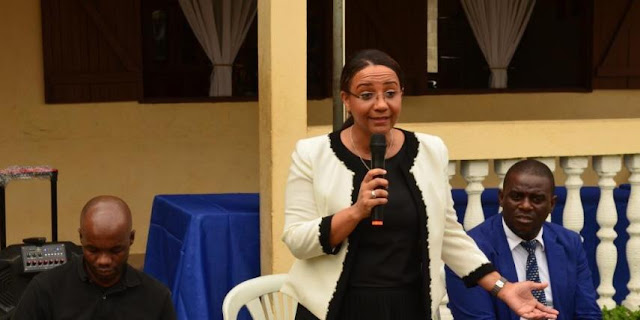 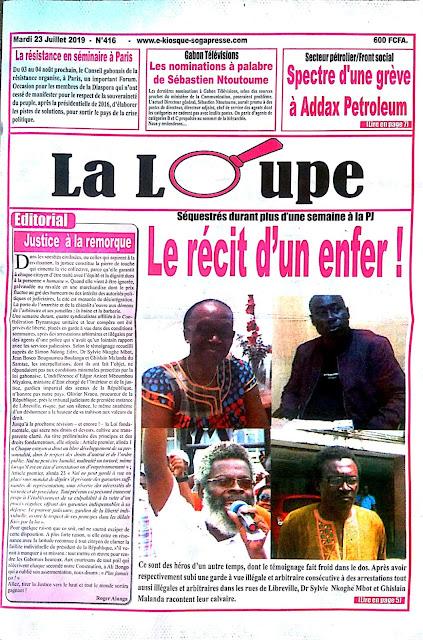 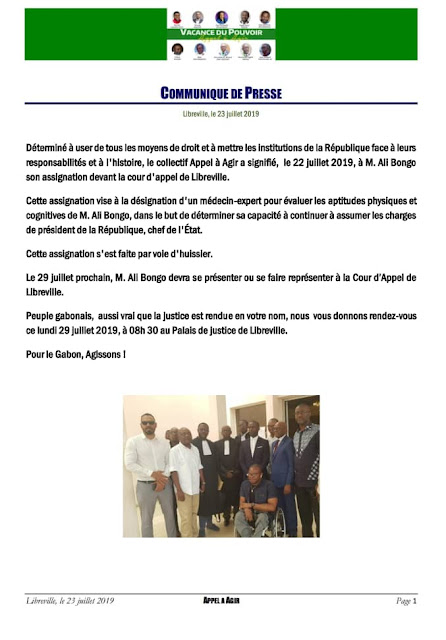 WHAT WILL THE REGIME SAY? QUE DIRA LE RÉGIME? 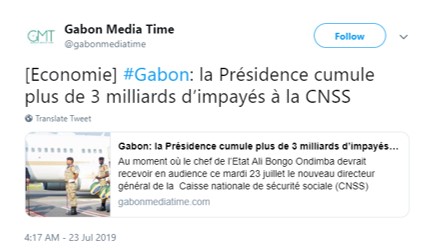 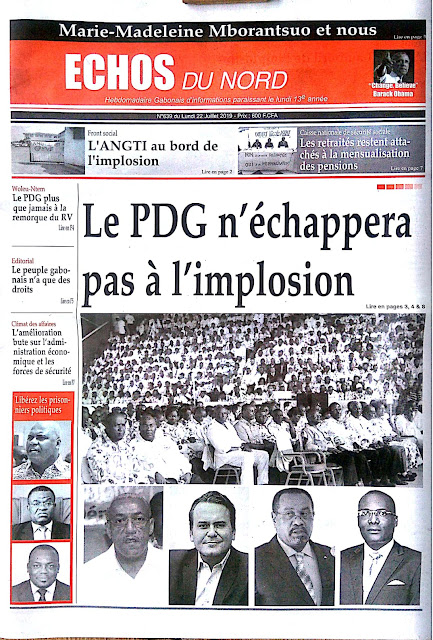 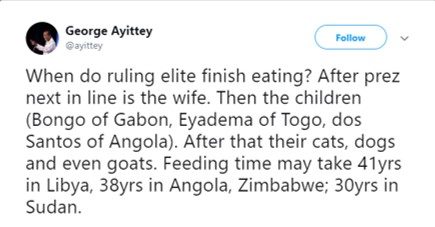