Showing posts from March, 2021
Show all

English version   We have read the summon of Mr. Jean-Gaspard Ntoutoume-Ayi, which we hope was written with a good dose of irony and double speech.   In his text, our compatriot, who is often so well inspired, is asking the Gabonese people to go and get vaccinated, even if this would be done against common sense; so that the dictatorship could finally let us loose. No, Mr. Jean-Gaspard Ntoutoume-Ayi, your position is not admissible, because it is a question here of public health and we cannot ask people to be inoculated with whatever, quite simply because we would like the dictatorship to stop confining the Gabonese people.   Mr. Jean-Gaspard Ntoutoume-Ayi, in the video above, we are told that the USA have already vaccinated 100 million people, or 30% of their population; and that by the end of April they will be at 200 million, which will put them at 60% of people vaccinated, which is the scientific threshold for herd immunity. With 200 million people vaccina
Post a Comment
Read more 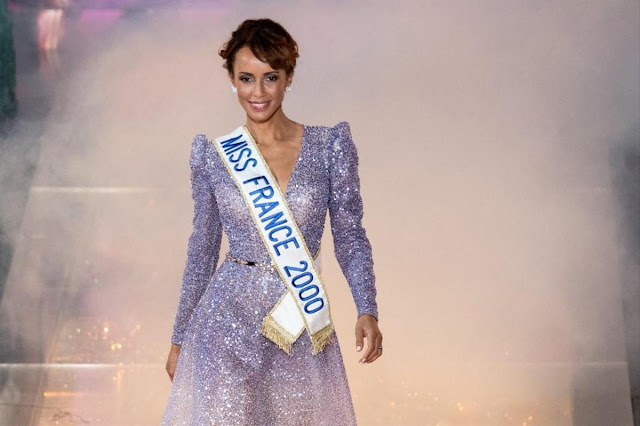 English version   Sonia Rolland was born on February 11, 1981 in Kigali, Rwanda; of a French father and a Rwandan mother. The family left the Great Lakes region in 1994 during the Tutsi genocide, because the mother was from that ethnic group, to take refuge in France. The family moved to Burgundy.   She became Miss Burgundy in 1998, which qualified her for Miss France. She became Miss France 2000, the first person with African origins to win that beauty competition. On May 12, 2000, Sonia Rolland finished 9th out of 83 candidates in the Miss Universe contest. She was undoubtedly, by the criteria of these beauty pageants, one of the most beautiful women in the world.   From this celebrity, Sonia Rolland would receive the attention of the Bongo clan and they would bring her to Libreville, supposedly to sponsor beauty contests in Gabon.   A French judicial investigation has just revealed that in 2003, Omar Bongo had, through two of his henchmen, in particular
Post a Comment
Read more 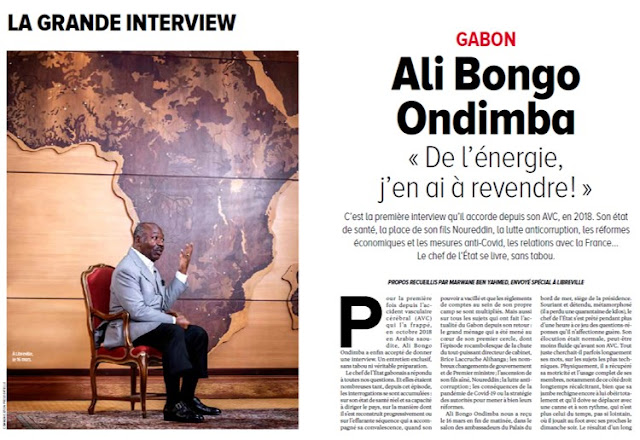 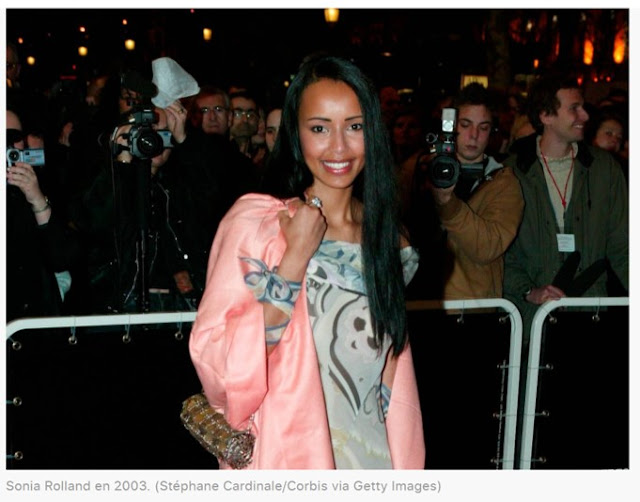 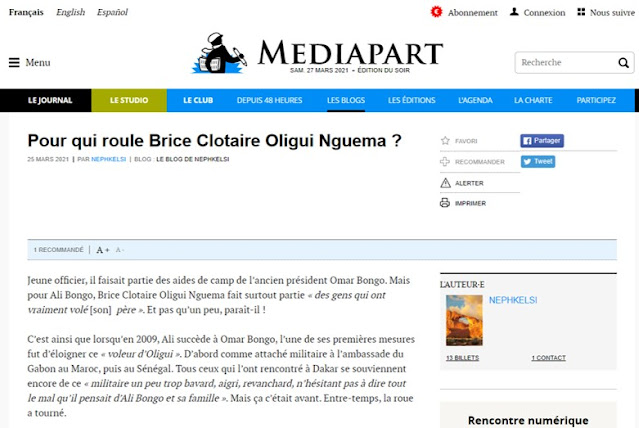 THE FRENCH INDUSTRY IS NOT AT ALL INNOVATIVE. THE PROOF! L’INDUSTRIE FRANÇAISE N’EST PAS DU TOUT INNOVANTE. LA PREUVE! 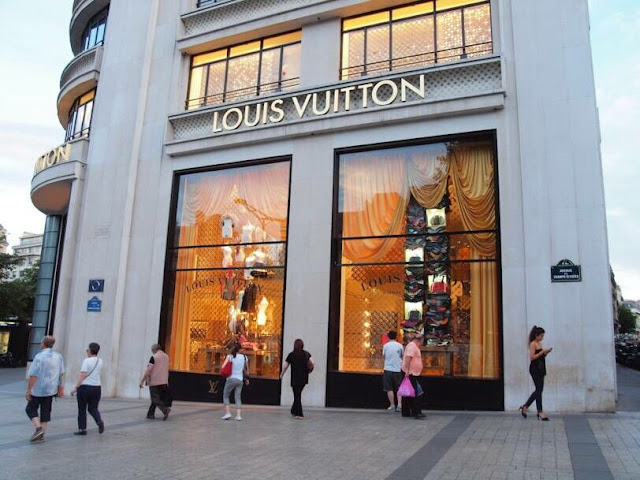 English version   French industry is no longer innovating and is now stagnant. This is the opinion of many economists and this observation has consequences for African countries like Gabon which still take France as an economic and political model.   This blog has compared the top 10 French, German and American companies. The objective was for us to see what the economic flagship in these 3 countries was made of. As you can see, the top 10 of the French industry consists mainly of companies specializing in luxury or beauty products: Louis Vuitton, L’Oréal, Cartier etc.; while the Germans and Americans are thriving with cutting-edge technology looking to the future. France is now a second-rate country in the field of innovation.   Top 10 of French industry: source "Business insider", ranking based on their stock market value.   1-Orange: telecommunications, mainly mobile phone services 2-Total: petroleum 3-AXA: Insurance 4-LVMH Group: Louis
Post a Comment
Read more

THIS IS SCANDALOUS! CECI EST SCANDALEUX! 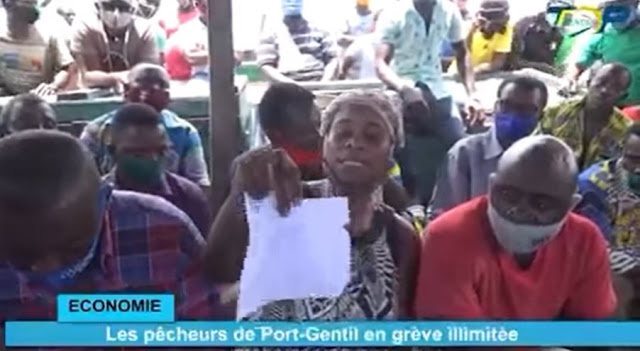 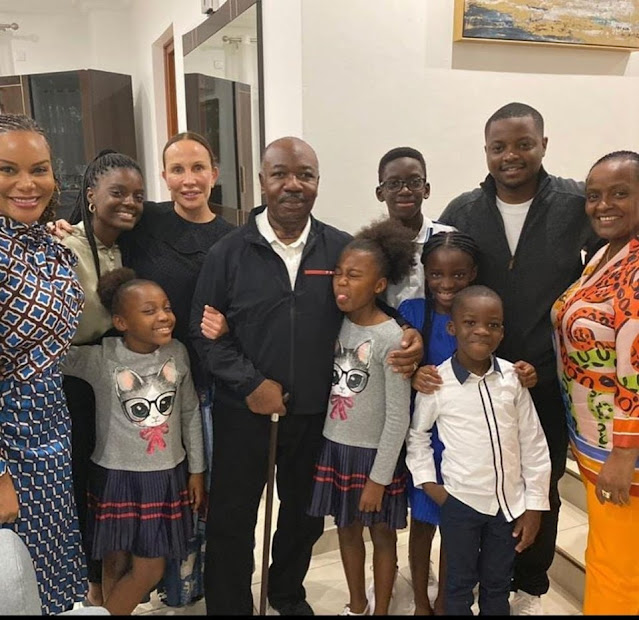 English version   While the Gabonese people have economic difficulties, here are some Bongo who feeds on the udders of the Gabonese State.   -Frédéric Bongo, former head of intelligence services of the Republican Guard; currently in training in Paris, at the War School.   -Alex-Bernard Bongo, former head of the National Agency for Digital Infrastructures and Frequencies (ANINF) and currently Secretary General of the Ministry of Communication and the Digital Economy.   -Fabrice Andjoua Bongo, Director General of the Budget.   -Marie-Madeleine Mborantsuo, President of the Constitutional Court, mistress of Omar Bongo and mother of two of his children.   -Noureddin Bongo-Valentin, son of Ali Bongo and Presidential Affairs Coordinator; a statute in fact superior to that of Prime Minister.   -Ahmed Bongo, son of Omar Bongo and a Mauritian lady, who is Fisheries Advisor.   -Alia Maeva Bongo, Director of the Gabonese Food Security Agency.   This is for
Post a Comment
Read more

English version   French West Africa (AOF) was formed by France in 1895 and included 8 West African colonies: Mauritania, Senegal, French Sudan (now Mali), Guinea, Ivory Coast, Niger, Haute-Volta (now Burkina Faso), Togo and Dahomey (now Benin).   Today, the spearhead of the ex-AOF is the Ivory Coast; and this country is in the process of monarchization. Unfortunately, Togo is already a monarchy and there is strong suspicion of preparation for monarchy in Guinea.   Consequently, out of 8 countries, Togo is already monarchical; the Ivory Coast is on the verge of being so, and Guinea is preparing for it as well. So, a rate of 3 out of 8.   French Equatorial Africa (AEF) was started in 1910 and brought together 4 countries: Gabon, Middle-Congo (Congo-Brazzaville), Chad and Oubangui-Chari (now the Central African Republic).   Of the 4 countries of the former AEF, only one is not a monarchy or in the process of monarchy, the CAR. The other 3 are pillars of Françafr
Post a Comment
Read more
More posts