Showing posts from July, 2021
Show all

IT IS ONLY IN GABON THAT SOMEONE LIKE MBORANTSUO IS ALLOWED TO MORALIZE PEOPLE! IL N’Y A QU’AU GABON OÙ QUELQU’UN COMME MBORANTSUO PEUT SE PERMETTRE DE FAIRE LA MORALE AUX GENS! 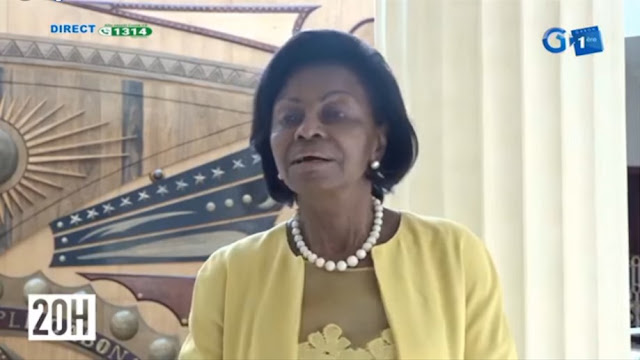 A POPULATION CANNOT BE FORCED TO BE VACCINATED; IT CAN ONLY BE ENCOURAGED TO DO SO? ON NE PEUT FORCER UNE POPULATION A SE FAIRE VACCINER, ON PEUT SEULEMENT L’Y ENCOURAGER ! 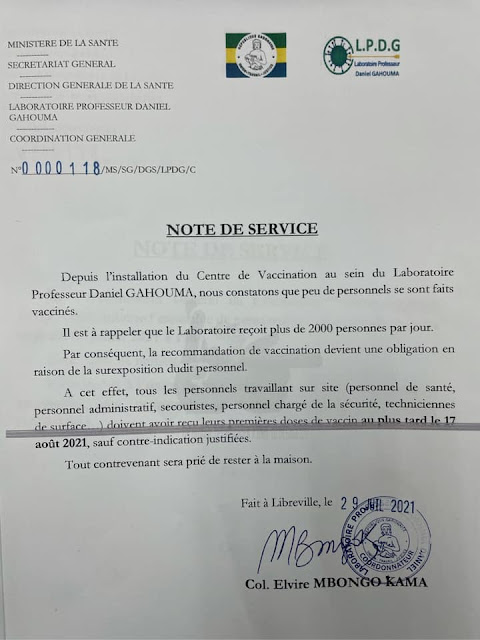 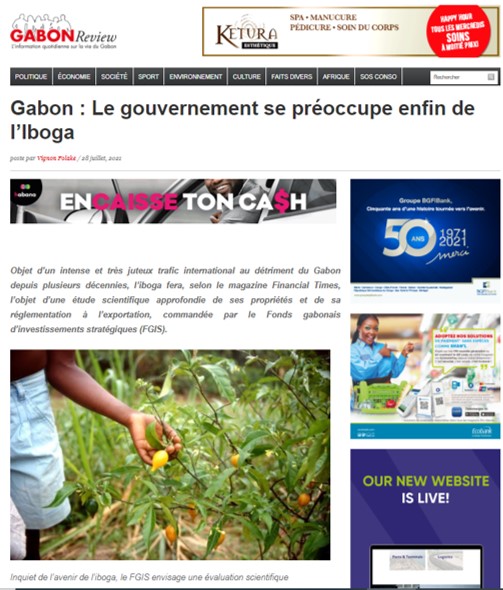 WHY DO AFRICANS ALWAYS ALLOW THEMSELVES TO BE TRAMPLED ON? POURQUOI LES AFRICAINS ACCEPTENT-ILS TOUJOURS DE SE RABAISSER ? 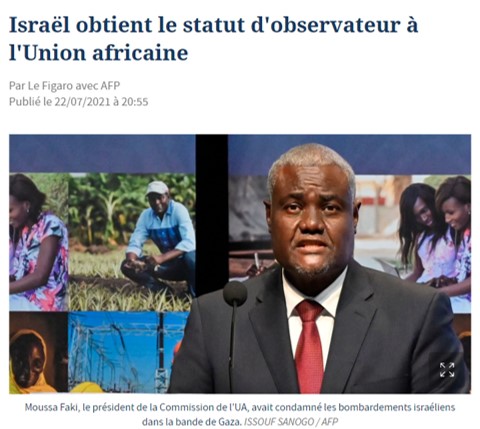 English version   Less than 10 days ago, Israeli Ambassador to Ethiopia, Burundi and Chad, Aleli Admasu presented his credentials to the Chairman of the AU Commission, Moussa Faki Mahamat, for his country being granted observer’s membership in the African Union.   As a reminder, no African country is an observer member of a regional organization specific to an area outside Africa. No head of an African central bank sits on the board of a European central bank; however, Europeans have seats on the boards of the African Development Bank and African regional central banks.   Why do Africans like to be humiliated by conceding to others privileges that these people would never grant Africans? Why ?         Version française   Il y a moins de 10 jours, l'ambassadeur israélien en Ethiopie, Burundi et Chad, Aleli Admasu a présenté ses lettres de créances au président de la Commission de l'UA, Moussa Faki Mahamat, pour l’adhésion de son pays comme membr
Post a Comment
Read more 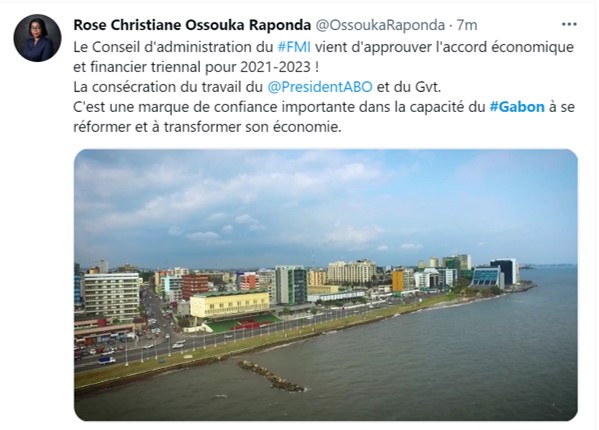 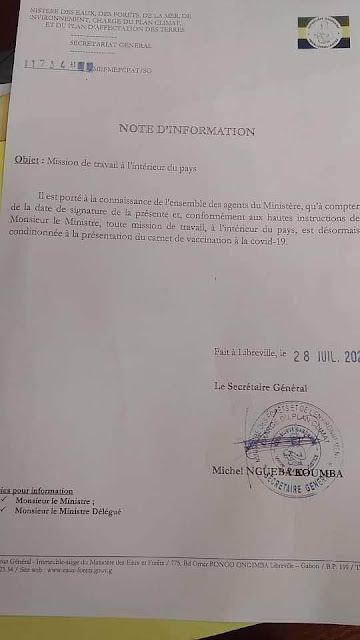 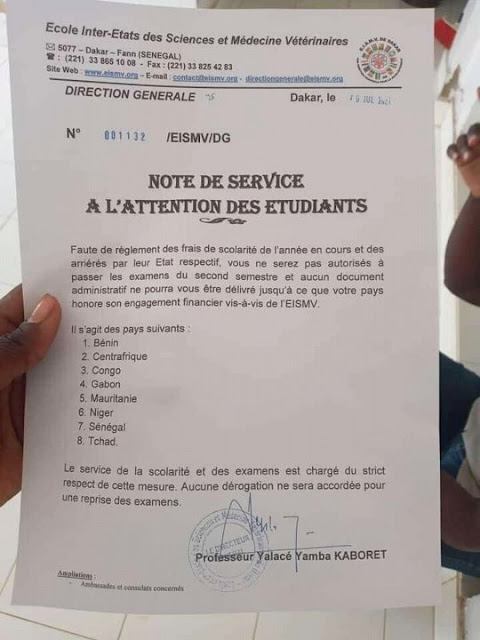 COULD THE BONGOS TELL US WHERE THEIR FORTUNE COMES FROM? LES BONGO PEUVENT-ILS NOUS DIRE D’OU PROVIENT LEUR FORTUNE? 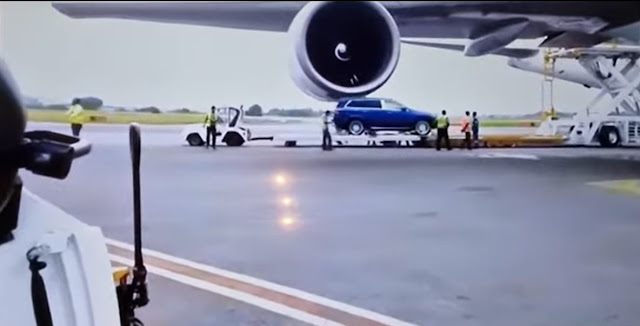 English version   Sylvia Bongo has just had a Maybach 4X4 vehicle delivered, the price of which is over 100 million CFA francs. The question that all Gabonese must ask themselves is that of knowing where the Bongos find this money, in a country where the roads, schools and hospitals are underfunded?   For example, the British Royal family is one of the richest families in the world; but British citizens know exactly where this money is coming from. One of the main sources of annual income for the British crown is the "sovereign grant" paid to them by the British State. This grant is used to pay for the official functions of members of the Royal family, their official trips, the official receptions they organize and the upkeep of the royal palaces. The total amount of this subsidy is 95 million euros, or 62 billion CFA francs per year. For the English, things are clear.   In Gabon, an underdeveloped country that lacks almost everything, the Bongos, who are in
Post a Comment
Read more

WHAT KIND OF COUNTRY IS THIS? QU’EST-CE QUE CE PAYS ?

ONE OF THE BETTER DEBATES BETWEEN GABONESE! UN DES MEILLEURS DÉBAT ENTRE GABONAIS! 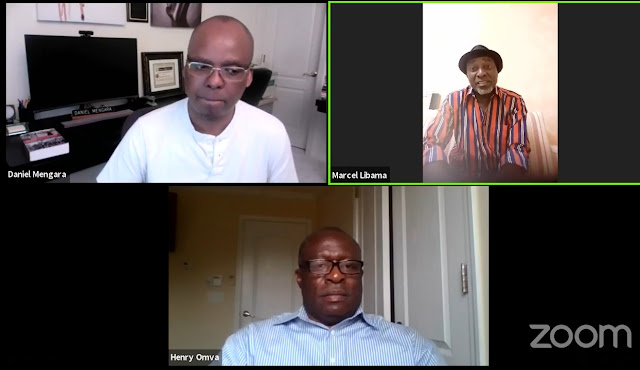 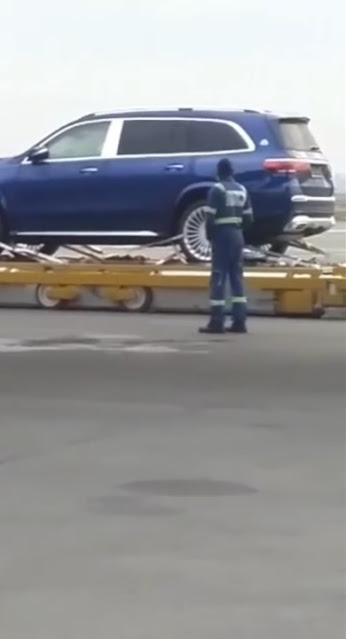 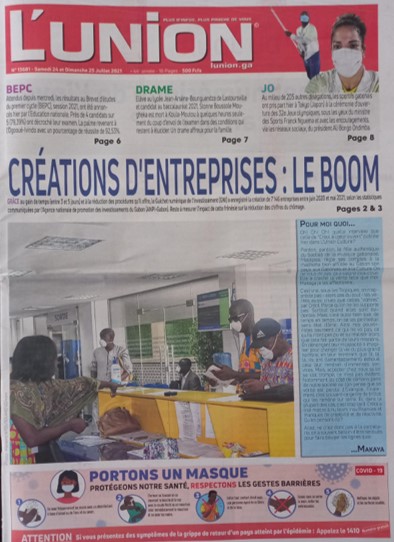 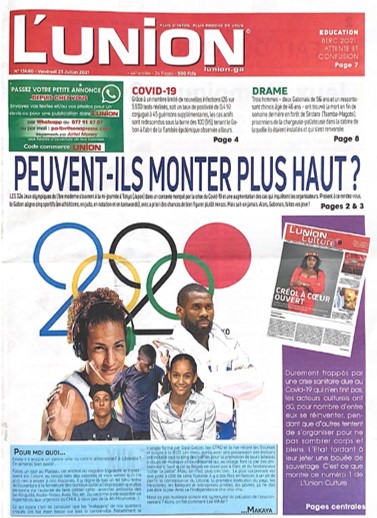 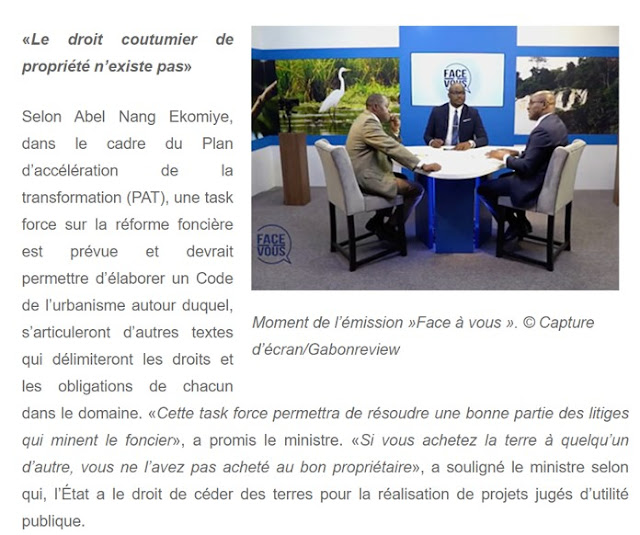 To read click here Pour lire cliquer ici       English version   On a television broadcast, Gabon’s Minister of Housing, Abel Nang Ekomiye, loudly asserted that in Gabon, customary property law does not exist! It is Leon Mba who must be turning in his grave, he who, in 1938, published his Essay on Pahouin Customary Law. In this work, Leon Mba lays the academic foundations of a customary judicial system that the colonial power should take into account and fully integrate into the judicial system of French Equatorial Africa.   It is ironic to note that in 2021, a true Gabonese would come to deny the existence of customary jurisprudence on land ownership in Gabon. But we offer you for reading, a work published in 2015, which contradicts Mr. Abel Nang Ekomiye. In this document, you will see that texts do exist in Gabon which allow customary law to be incorporated into property.         Version française   Lors d’une émission télévisée, le ministre Gabonai
Post a Comment
Read more 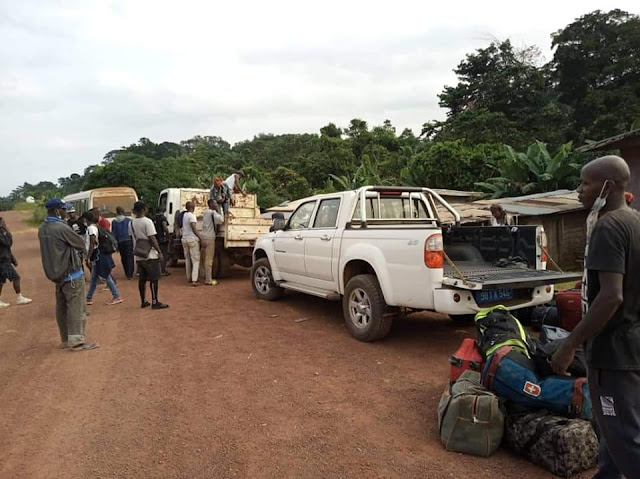 English version   Dear readers, the above images are not of day laborers who are picked up on a street corner for a one-time, one day, of very poorly paid rough labor. No, these images show you the ordeal of high school students of Medouneu, embarking to take the baccalaureate exam at the Oyem examination center.   When looking at the transportation conditions, one can only worry about their accommodation conditions in Oyem. What are they going to eat? Maybe their mom packed them some little treats. But most importantly, these images allow us to assess what the concept of equal opportunities is in the land of the Bongos.   The sad thing is that the Ali Bongo regime requires these young people to have the baccalaureate with an average of 12/20 if they can claim to be supported in their higher education. How can one go and pass the baccalaureate under such conditions and come back with excellent results in a systematic way?   May those who like to sing the praises o
Post a Comment
Read more 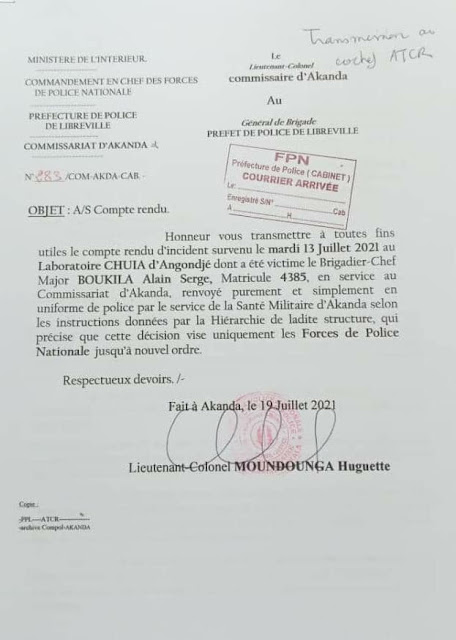 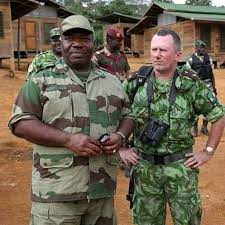 HERE IS WHAT A GABONESE WHO CHOSES TO TAKE IHIS DESTINY IN HIS OWN HANDS IS CAPABLE OF! VOICI DE QUOI EST CAPABLE UN GABONAIS AYANT CHOISI DE PRENDRE EN MAIN SON DESTIN ! 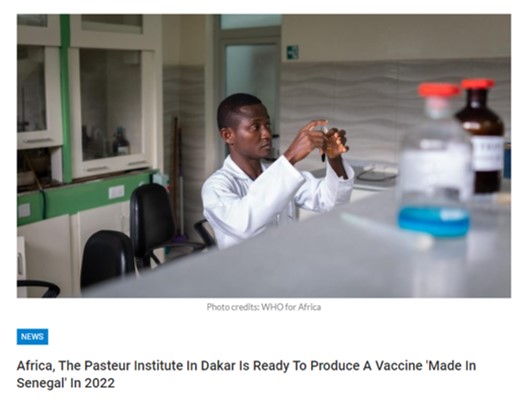 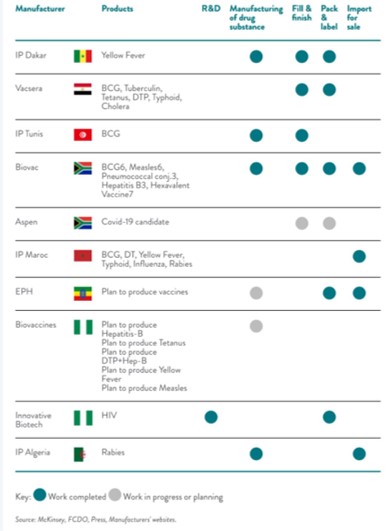 English Version   The World Health Organization (WHO) has just published an overview of the vaccine industry in Africa. This study was done to evaluate the capacity of Africa to be able to manufacture its own vaccines, given what happened with the Covid-19 pandemic as Africa had to wait for vaccines to come from outside the continent.   That study found that only 7 countries (South-Africa, Senegal, Egypt, Ethiopia, Morocco, Nigeria and Tunisia) have companies able to manufacture and distribute vaccines. Of these countries, only one, Senegal, exports a WHO pre-qualified vaccine (against yellow fever) around the world.   This production capacity accounts for only 1% of Africa’s Vaccine needs. African vaccine’s needs are estimated at $1.3B a year, and are expected to double by 2030. To become self-sufficient in health care, Africa must build its own pharmaceutical industry.   Dear readers, where is Gabon in all of this? What do those who say that Gabon will
Post a Comment
Read more 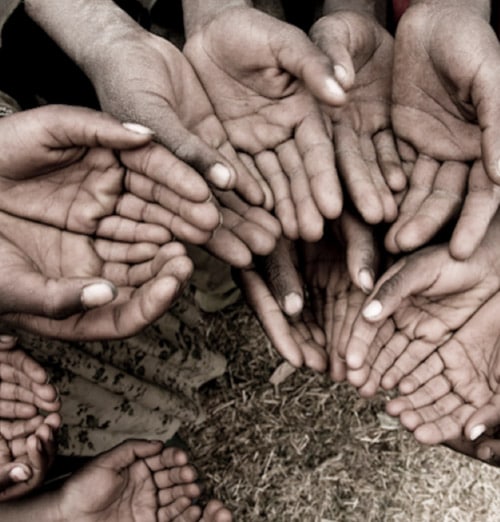 English Version   A reader asked us to give them some ideas that could lead them to improve their financial situation. Here are our suggestions.   1.        Do not spend more than you earn. This is the biggest reasons why even some very high-income people go broke. Do not try to act rich and show the world that you have money; this is the surest way to go bankrupt.   2.        Do not borrow more than you can pay back. debt is very dangerous   3.        Don’t spend too much money on depreciating assets, like cars, clothes etc., but on things that gain value over time like real estate.   4.        Don’t spend too much time with toxic people who have failed in life, and spend a lot of time with more positive people who are successful.   5.        Engage in lifelong learning. Read a lot.   6.        Save and invest your money for the long run, be patient.   These are just some idea         Version française   Un lecteur nous a demandé de
Post a Comment
Read more 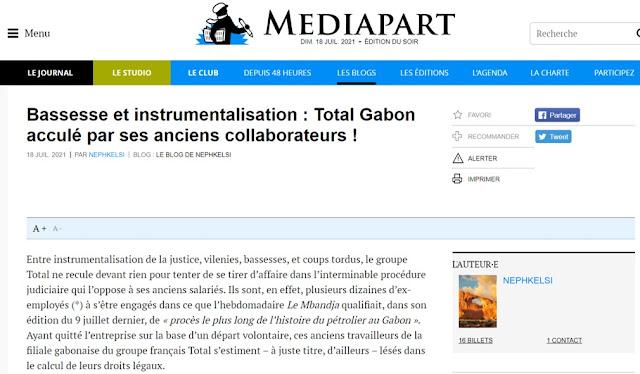 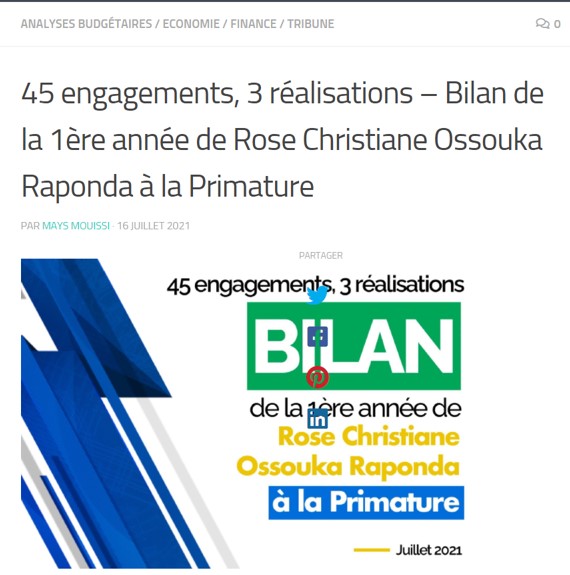 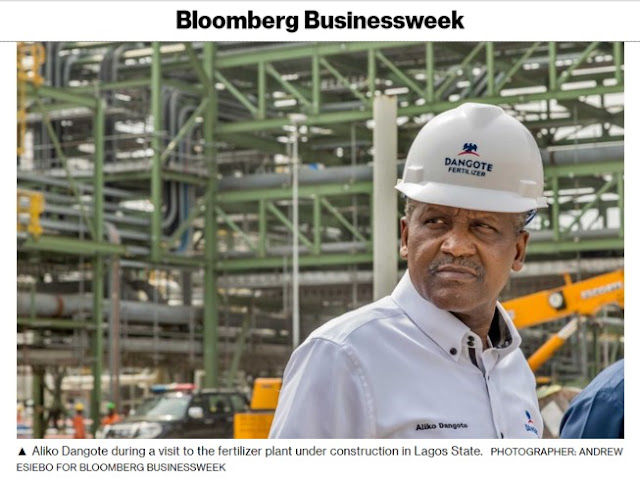 English Version   Many Africans have the annoying habit of repeating things they hear, without checking them. This is how we often hear Africans say that education is useless; more specifically university education, because the richest people in this world don't have a college education. Here we want to check if this statement is true.   We will look at the educational attainment of the 10 richest Africans in Forbes ranking.     1)    Aliko Dangote (Nigeria) Net worth: $11.3 billion (2021) Age: 63 University: bachelor's degree in business from Al-Azhar University, in Cairo, Egypt   2) Nassef Sawiris (Egypt) Net worth: $8.12 billion (2021) Age: 59 University: bachelor's degree in economics from the University of Chicago   3) Nicky Oppenheimer (South Africa) Net worth: $8 billion (2021) Age: 75 University: Master’s in philosophy, Politics and Economics, University of Oxford.   4) Johann Rupert (South Africa) Net worth: $
Post a Comment
Read more
More posts