Showing posts from July, 2014
Show all

July 31, 2014
English Version The video above shows the content of 3 minutes of airtime which were given to Alain Claude Billie Bi Nze, spokesman of the Ali Bongo’s Presidency, by France 24. It was definitely a right of reply to the interview given this past week by Jean Ping on the same channel. The biggest contradiction in the recital of nonsense distilled by Alain Claude Billie Bi Nze, was in saying that Ali Bongo does not have to be included in the 42-years rule of Omar Bongo. Anyone with common sense will recognize the profound absurdity of this statement by Mr. Billie Bi Nze. Everyone knows that in the second volume of the Jacques Foccart’s memoirs, the man who fabricated from scratch Omar Bongo and put him at the head of Gabon, published in 1997, that is to say 17 year ago; Foccart tells in the first person singular, what follows: One day in 1986 or 1987, as I was in the office of Jacques Chirac during the first "cohabitation", Ali Bongo, son of the President, ca
Post a Comment
Read more 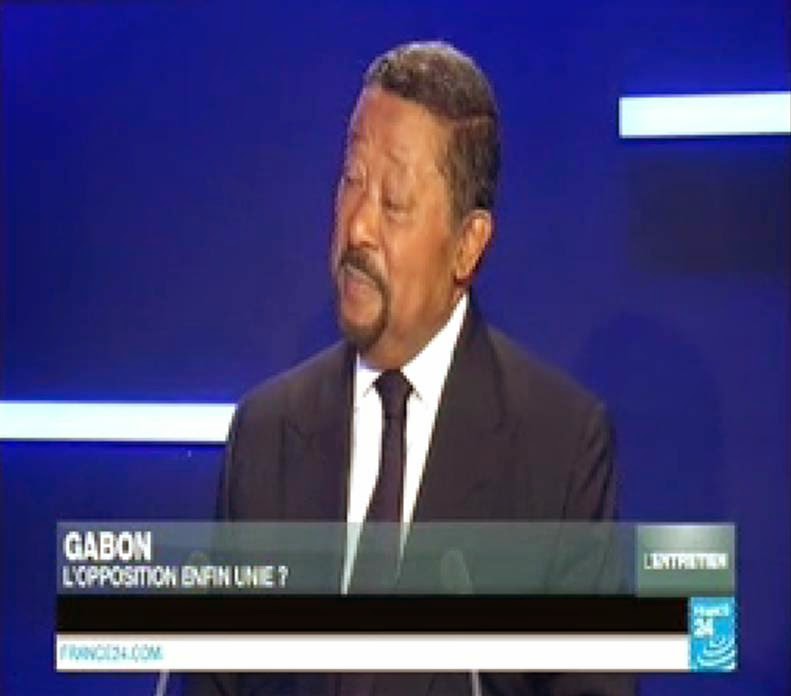 Image: France 24 English Version The interview that Jean Ping gave to France 24 is indicative of at least one essential and politically non-negligible fact; that he understood the position of Gabonese people and more seriously, that he adopted their language and their terms in his communication strategy. On this blog we do not like to beat around the bush and find this an encouraging development. However, as said the French cycling champion Bernard Hinault, a race is never won before crossing the finish line and all you can say before does not matter if you do not cross the line as the victor. In Gabon where the lack of confidence of the opposition electorate, which we can say loud and clear, is overwhelmingly the majority, toward the political representatives of the opposition, is strong for reasons of repeated treason of confidence since 1990, we must admit that Jean Ping has several levels to overcome before this whole electorate would be ready to follow him; if ever as we thin
Post a Comment
Read more 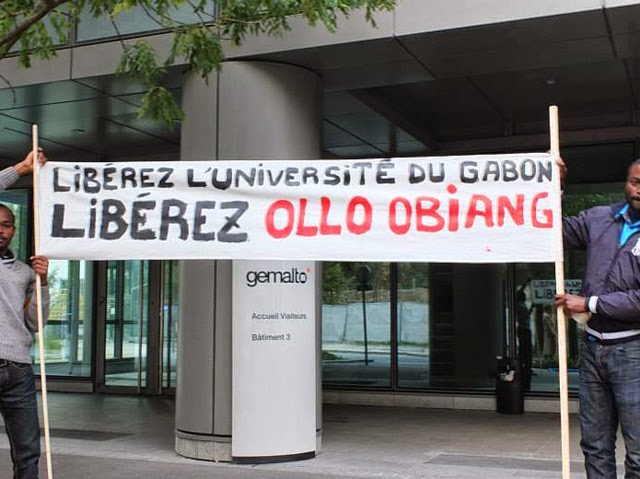 Photo: Gabonreview English Version Firmin Ollo Obiang and Célestin Mitong are two young Gabonese students. Up to this point nothing remarkable about them. However, whereas in most normal countries, students are currently either on vacation or in training, or taking additional courses in so-called summer session (in the West), both students of the University of Libreville are locked incommunicado in the jails of the Gabonese regime. What have they done to deserve this treatment? They are allegedly considered by the regime as being the two leaders of the student protest on the Libreville campus! Is this offense grave enough to be punishable by detention and extra judicial imprisonment in Gabon? Clearly, the regime thinks so, given the reality of the incarceration of these young men! As we have always said and as we reminded you again at the announcement of the assassination attempt on the person of Professor Albert Ondo Ossa, the Bongo dictatorship is proudly brut
2 comments
Read more 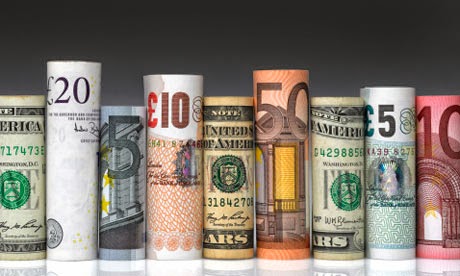 Image: The guardian English Version In a country where ignorance is cultivated to bamboozle a population that is estimated to be too silly to catch the deception, it is important that we demystify all the concepts seemingly complicated which are used by the regime to pretend to give the people a reason to hope for a better future. We are talking today about Gabon’s credit rating, and what this rating actually tells us about the Gabonese economy. It is an indicator that the “emergents” can neither hide nor ignore because it is accessible to everyone making the effort to look for it. What is a credit rating? The credit rating of a country is similar to that of an individual, in its concept. In the sense that, for an individual, if they want to borrow to buy a house, a car, to take out a line of credit etc., the lender should have before them the credit report containing all personal information and financial data history of the borrower, so that the banker can e
Post a Comment
Read more 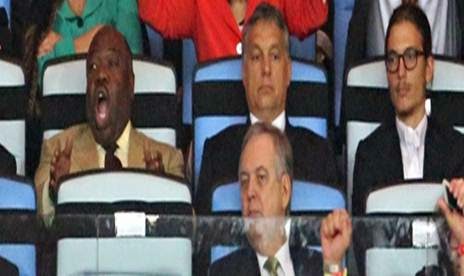 Ali Bongo during the final at the Maracana Ali Bongo pendant la finale au Maracana (Photo : Getty Images) English Version It is the periodic La Lettre du Continent in an article entitled: "Ali Bongo travels to escape the social climate," which argues that the increase in extended stays abroad, by Ali Bongo, is due to a desire to escape from the deteriorating social climate in Gabon. The social demands by State agents regarding the payment of the incentive performance bonus; a measure promised by Ali Bongo that is still not deployed to all. On top of this, student scholarships have not been paid either and two student leaders, Firmin Ollo Obiang and Célestin Mitong, are still imprisoned by the regime for arbitrary reasons. La Lettre du Continent says that Ali Bongo has not been seen in public in Gabon since 3 July 2014, that is to say for 20 days. The periodical says that from 7 July 2014, Ali Bongo was in Brazil, where he attended the two semi-finals and the fina
Post a Comment
Read more 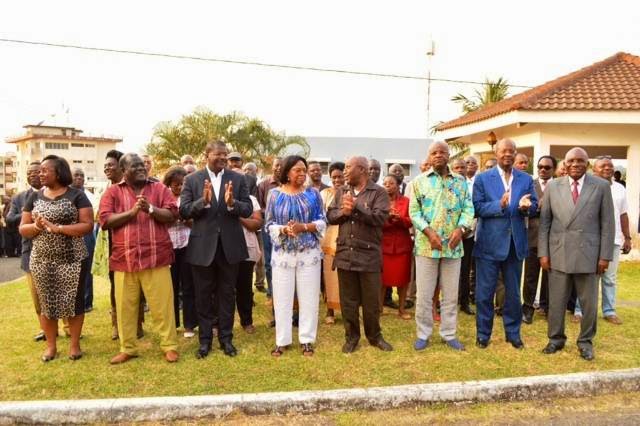 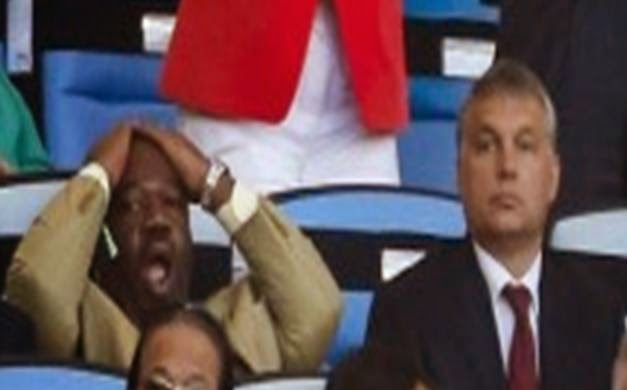 Photo: DPA English Version It seems that Ali Bongo loves football. It seems that he does not miss any opening or final of major competitions like the World Cup or the Champions League. Given this great love for the king of sports, as a spectator at Gabonese taxpayers expense, one would expect that his being at the head of the country would result in significant advances of Gabonese football. This blog has set on a graph, the average annual ranking of Gabon in world football by FIFA. We leave you be the judge of whether Ali Bongo’s presidency has been beneficial or destructive for Gabonese football. We begin our graph in 2006, when Alain Giresse, this connoisseur of football, was hired as national coach. For the year 2014 we take the month of July for the ranking. These figures are verifiable on the official FIFA website. This is a polynomial graph so you can clearly see the tendencies. Version française Il parait qu’Ali Bongo aime le football.
Post a Comment
Read more 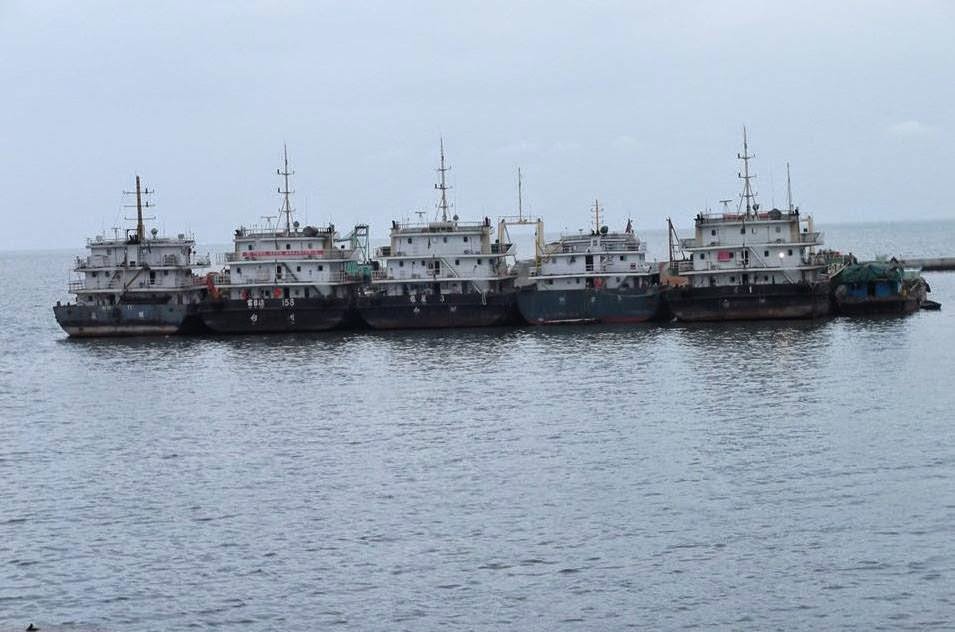 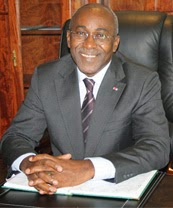 Christophe Akagha-Mba (photo: gouvernement-Gabon) English Version The Ali Bongo regime seems preoccupied lately with the restoration as possible, of its financial repute. Most recently, the regime did a media blitz with an article entitled: "Gabon is cleaning up its public finances." This article which appeared simultaneously everywhere, suggested that the Gabonese government launched, last January, a comprehensive audit of public finances in order to eliminate ghost companies, shoddy procurement processes, misappropriation of investment budgets etc. The problem with this umpteenth announcement effect is that these promises had already been made in 2009. We are witnessing here a recycling of rotten recipes, which the regime wants the Gabonese people to reused as new. No, that will not convince anyone. This famous audit will have no more impact than the previous ones, the results of which were never published. A new gesticulation of the regime has been, w
Post a Comment
Read more 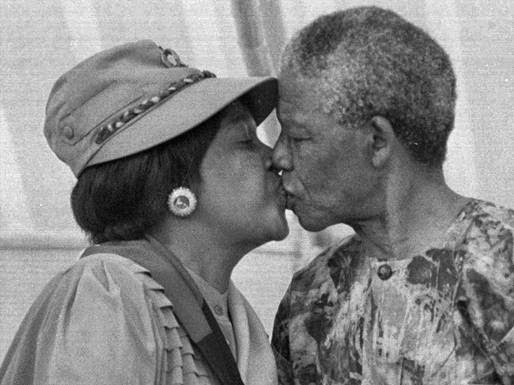 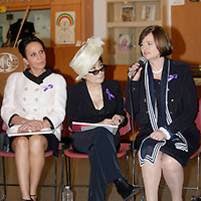 Sylvia Bongo, Yoko Ono and Cherie Blair (Photo: Europa Newswire) English Version It is The Telegraph, a daily newspaper published in London, which in an article, reveals the vast business empire of the wife of the former British Prime Minister, Tony Blair, around the world. And as you guessed it, this lucrative empire goes through Gabon and the inevitable Bongos; more specifically Sylvia Bongo. This may explain why she lives in London! The article written by Robert Mendick, tells us that Cherie Blair runs her empire from the penthouse floor an office building overlooking Hyde Park, the nicest part of London. These are the headquarters of her international law firm Omnia Strategy. This article estimates her husband Tony Blair’s fortune to amount to about 70 million pounds, or about 58 billion CFA francs. Cherie Blair’s law firm, Omnia Strategy, has an office in Washington DC, but most importantly works on cases in Africa, principally in Nigeria, Ghana, Gabon
Post a Comment
Read more
More posts