Showing posts from September, 2022
Show all

WHY DO THEY FEEL THE NEED TO DESPISE THOSE THEY CLAIM TO GOVERN? POURQUOI ÉPROUVENT-ILS LE BESOIN DE MÉPRISER CEUX QU’ILS PRÉTENDENT GOUVERNER ? English version   Ali Bongo's recent visit to Port-Gentil has again come to communicate to us the almost congenital need that the Bongos have to trample on those they govern, combining the power of money with the power to impose humiliations on people; reassured that they embody authority, order, law and force; all the ingredients that make them feel like they have captured power for times to come.   The irreverent need to flatten people has long since taken precedence over decency and politeness; all this to celebrate a figure, Ali Bongo. They had to line people up in the rain, when they could have made them wait in the airport's lounge of honor. If these people had to line up outside, given the torrential rain, they could have lined them up in a tent. But no; these officials were lined up for hours, in the rain in Port-Gentil, without any protection, in a torrential rain. The Bongo regime asked these people to wait piously in the pouring rain for Ali Bongo, pr
Post a Comment
Read more 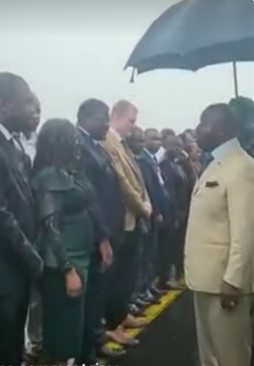 THE BONGOS ARE OUT OF BREATH, IF GABON HAS TO OVERCOME, IT WOULD BE WITHOUT THEM! LES BONGO SONT ESSOUFLÉS, SI LE GABON DOIT S’EN SORTIR, CE SERA SANS EUX !

English version   Dear readers, as you have noticed, Ali Bongo, limping, has entered the campaign. He went to Port-Gentil, where a deterrent rain was waiting for him. But the question that any sensible person should ask themselves is what message Ali Bongo could still present today to the Gabonese and be listened to by them?   After 2009, with a barrel of oil, Gabon's main resource, at more than $100, the Ali Bongo’s regime had the room for maneuver to transform Gabon. But nothing was done. The country still imports all its basic necessities and exports only minerals and fossil fuels. What can Ali Bongo promise voters today?   Ali Bongo talks about diversifying the country's economic activities and getting out of the oil rent. But we see that the carbon rent wants to replace the oil rent. The logic remains the same: we go from one form of rental State to another. No in-house production!   Can Gabon find a new lease of life by continuing with the Bongos i
Post a Comment
Read more 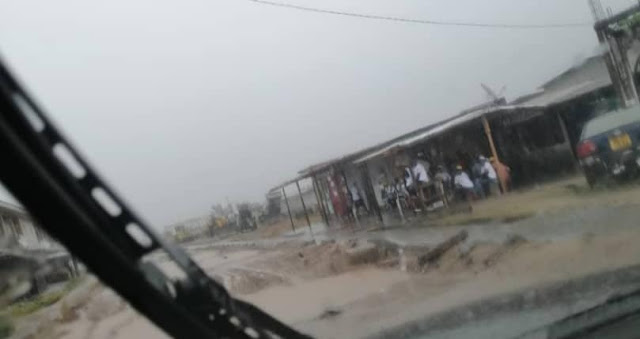 DID YOU KNOW THAT A 13-HECTARE PLOT OF LAND BY THE SEA IN PORT-GENTIL, WAS WORTH 20 MILLION EUROS ? SAVIEZ-VOUS QU’UN TERRAIN DE 13 HECTARES AU BORD DE LA MER À PORT-GENTIL, VALAIT 20 MILLIONS D’EUROS ? 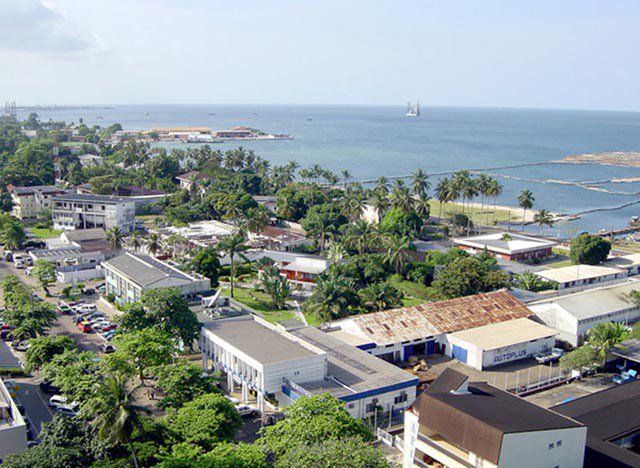 English version   A company called Titane Constructions, led by the Frenchman Mehdi Hamel, has just called on the Common Court of Justice and Arbitration of Ohada, against Orabank in Gabon, for the auction of a 13-hectare plot of land estimated at nearly 20 million euros, or more than 13 billion CFA francs. That is, this land is worth 1 billion per hectare. Dear Gabonese, then they will tell you that your land is worthless!   Titane Constructions had acquired this land to participate in the plan to build 5000 homes per year launched in 2009 by Ali Bongo. Mehdi Hamel turned to Orabank Gabon, led at the time by Rose Kayi Mivedor, the current Togolese Minister of Investment Promotion. The two parties had then concluded in 2016 a loan of 3 million euros running over thirty-six months for the servicing and backfilling of the land.   But Ali Bongo's project being stillborn, the repayment of this loan did not follow and the bank launched in 2018 a tendering procedure o
Post a Comment
Read more 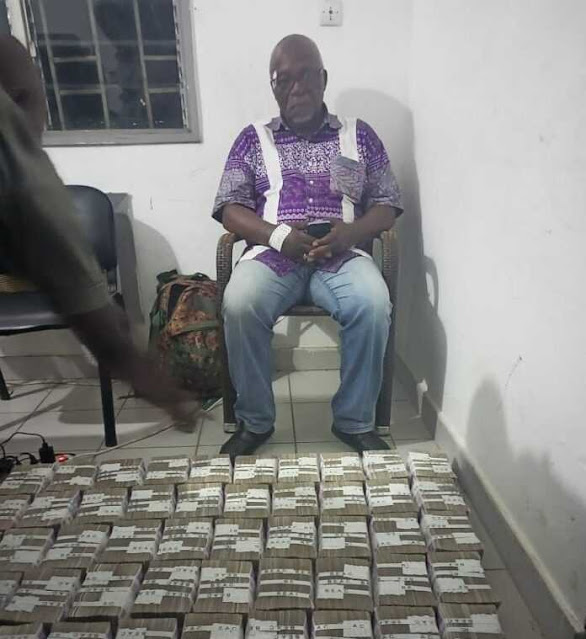 English version   Imagine a former President of the National Assembly of France or the USA, forced to travel carrying on himself 2 million euros or dollars in his luggages, because he could not trust the banking system of the country whose parliament he led for two decades. No one would understand that; worse, in the West they would never tolerate this, at a time when cash is being replaced by virtual money (credit cards, electronic transfers by phones, cryptocurrencies). As usual, Africa is lagging far behind in the security of financial exchanges, as regimes want to control the movement of money and thus limit the financial capabilities of their adversaries.   In the West, a former President of the National Assembly is first and foremost a high clerk of the State, whose career is often prestigious, who will enjoy an often comfortable retirement and whose accounts can never be frozen under any pretext by a regime whose opinions he no longer shares.   In Gabon in pa
Post a Comment
Read more 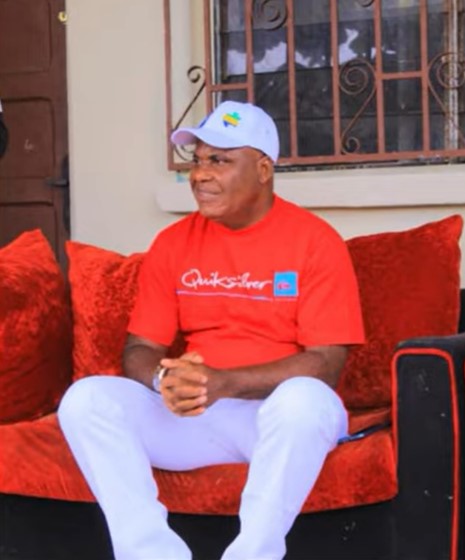 English version   During a religious service in his native village of Bolossiville in Minvoul, Bertrand Zibi-Abeghe, speaking in Fang, made revelations that we leave to your appreciation.   1.Before his release, he would have received in prison the visit of Brice Oligui, the boss of the Republican Guards, who put before him a rather strange proposal. 2.Brice Oligui reportedly told him that Ali Bongo was offering him a deal: to have him appointed Vice-President of the Gabonese Republic, against a letter of apology from Bertrand Zibi-Abeghe to Ali Bongo; in which he would thank him and disavow himself. 3.As an aside, the regime offered him several billions CFA francs to make him forget the 6 years in prison. 4.Bertrand Zibi-Abeghe claims to have refused this offer because he knew that after writing this letter, it would be published in the entire press and he would be liquidated after being discredited. 5.Bertrand Zibi-Abeghe also revealed that he was neither Fran
Post a Comment
Read more

AND THE CONGOLESE ARE GETTING INVOLVED! ET LES CONGOLAIS S’EN MÊLENT ! 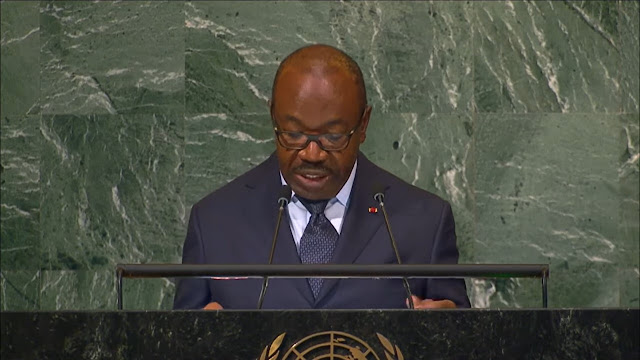 English version   By the wind of "national independence", They arrived as "liberating patriots", "Fathers of the Nation"; The people applauded!   By iron and blood, Others arrived as "revolutionary vigilantes", "National Helmsmen", "Enlightened Guides"; The people applauded vigorously.   But suddenly, all of them had the same dream: To die in power! And then began the tragedy of mediocracy!   To contain the anger of the disillusioned people, They surrounded themselves with servile and infamous generals; The People's Army became a family guard, On the payroll of a power forever hereditary.   To build them the bed of unremovability, They bought mediocre intellectuals; The joy in the belly, the mouth stinking of lies, They did so by fighting over the cake’s crumbs.   To perpetuate their reign, They turned their people into electoral cattle. And "waiting for
Post a Comment
Read more

THIS IS HOW GABONESE ARE BEING ROBBED IN THEIR COUNTRY, WITH THE COMPLICITY OF THEIR OWN AUTHORITIES! VOICI COMMENT LES GABONAIS SE FONT SPOLIER DANS LEUR PAYS, AVEC LA COMPLICITÉ DE LEURS PROPRES AUTORITÉS !

English version   When we observe ali Bongo's pitiful performance at the United Nations podium in New York, we can only come to one conclusion: this man and his family have a dream: both to die in power and like a great artist, to collapse on the public stage similar to Molière, during a great international summit. He tried in Riyadh, he is trying again by dragging himself from London to New York, despite all the external signs that this man should rest for the rest of his life.   Ali Bongo and his relatives are expressing before us an actor’s vanity that suits their ambition to lead Gabon in perpetuity, despite the fact that today, Ali Bongo finally and physically embodies only the decay of a country that his family has ruined, made sclerotic and destroyed. Gabon deserves much better than this lamentable spectacle!       Version française   Quand on observe la pitoyable performance d’Ali Bongo a la tribune des Nations-Unis a New-York, on ne peut arriver
Post a Comment
Read more 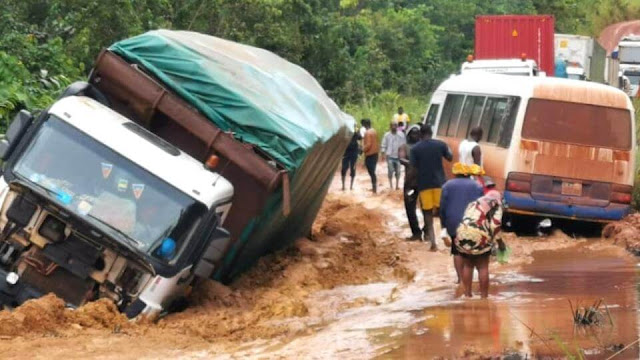 English version   Ali Bongo has just decided to dissolve the Ministry of Public Works of Gabon, whose services will now be attached to the Prime Minister under the leadership of Prime Minister, Rose Christiane Ossouka-Raponda.   According to some indiscretions, it is in anticipation of the presidential election of 2023 and the public works that should be undertaken for this purpose, that the ruling family has decided to take control of these activities, and therefore also to manage the huge financial windfall that will allow them to gorge themselves very well.   Rose Christiane Ossouka-Raponda obeys Sylvia Bongo's at every signals; so it is Sylvia Bongo the new Gabonese Minister of Public Works. We already imagine that it is Sylvia Bongo who will now directly manage the purse dedicated to the roads of Gabon. The price per kilometer of road is likely to increase because living in London is very expensive!   In a normal country, one cannot dissolve a ministeri
Post a Comment
Read more

English version   When Ali Bongo will pass away, this blog promises you that no member of the royal family of England will make the trip to Libreville. For the funeral of the Queen of England in London, only 3 African heads of state made the trip: Cyril Ramaphosa from South Africa, a country that is a former British colony and has a long history with England; Nana Akufo-Addo the President of Ghana, a former British colony with a long history with England; and finally the limping Ali Bongo, President of Gabon, a country that has never been colonized by England and has no common history with England. What did Ali Bongo and his wife go there for? Only themselves could answer you!       Version française   Quand Ali Bongo trépassera, ce blog vous promet qu’aucun membre de la famille royale d’Angleterre ne fera le déplacement de Libreville. Pour les obsèques de la reine d’Angleterre a Londres, seuls 3 chefs d’Etat Africains ont fait le déplacement : Cyril Ramaphosa d
Post a Comment
Read more

English version   The wisdom of our country tells us that to know that someone is lying to you, ask them the same question in several different ways and they will necessarily contradict themself in their answers, because there is no perfect lie. Only the truth is perfect and unique; the lie is adjustable and variable according to the circumstances. The account of the deputy public prosecutor is a lie; Here is the proof:   1.The prosecutor insinuates that the suitcases were with Mr Guy Nzouba-Ndama, in his Pajero vehicle. But the videos show us that the suitcases in question were hollowed out in the back of a white pick-up vehicle. When it comes to justice, precision is paramount. If the suitcases were in the Pajero vehicle, how did they end up in the back of the pickup? If Mr. Guy Nzouba-Ndama's suitcases were moved from the Pajero vehicle to the pick-up, what proves to us that the suitcases appearing at the back of the pick up are those that were extracted from the
Post a Comment
Read more

English version   One reader asked us to try to explain why Gabon, given its potential, was nonetheless a very poor country. Below is our simple answer.   When one looks at Gabon, it is a very poor country, despite its immensely rich potential. It is because Gabon, since 1967, has never had a leadership that wasn’t corrupt. The money that is allocated to the government is spent on things which are not even relevant compared to some more serious issues that should be tackled such building the infrastructure, roads, bridges, hospitals, schools etc.   The regime that leads Gabon has no direction or idea where it is going and how to get there. This means that Gabon produces nothing except for minerals, and has no competitive advantage compared to other countries who have adopted new technologies and understand the new economy that operates based on added value and intellectual property output.   Gabon is essentially a technological illiterate country. The export ind
Post a Comment
Read more
More posts