Showing posts from June, 2017
Show all

CAN EVERYTHING BE EXCUSED, BE FORGIVEN? PEUT-ON TOUT EXCUSER, TOUT PARDONNER?

English version Psychiatrists and other therapists of the human condition tell us that forgiveness is a factor of psychic well-being; but with a condition that the guilty acknowledge the facts and make a sincere act of contrition. Dear readers, we cannot forgive arrogant people, liars, irresponsible people who feel that it is enough for them to lie and muzzle us, in order to succeed. To these people we say no; we will stalk you to the end of the world and you will pay for your crimes. Dear readers, the above video is hard to watch, but make the effort to follow it from beginning to end as it describes the extent of the massacre committed by Ali Bongo. We will not give up! Version française Les psychiatres et autres thérapeutes de la condition humaine, nous disent que le pardon est un facteur du bien être psychique ; mais a une condition, que le coupable reconnaisse les faits et fasse acte sincère de contrition. Chers lecteurs, on ne peu
Post a Comment
Read more 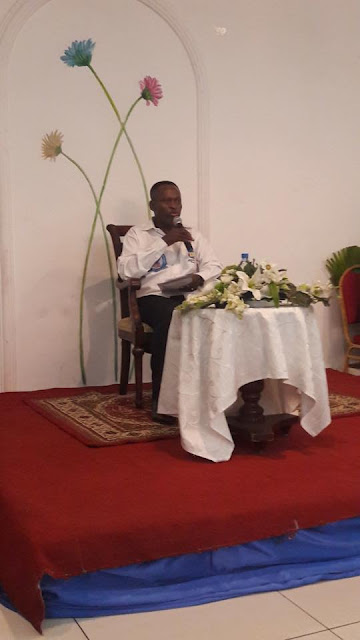 English version Gabon and the Gabonese that Ali Bongo represents, are ridiculous and hateful. When our Resistance members went to ask Edouard Valentin a few questions about his complicity in the current situation of the country, we saw the rise of some Gabonese claiming to be in love with peace and condemning the action of our Resistance. On the other hand, when the regime replied by reprisals against the family of Marceau Malekou, going to burn the vehicle of the father of the latter in the precincts of his residence, not one among these lovers of the preservation of the peace in Gabon said anything. The worst thing about this one-way moral indignation is that it shows us to what extent misery has conquered the dignity of some Gabonese. No one will make us believe that these compatriots support Ali Bongo because they find that what he does is good for the country; nobody will make us believe that these compatriots really think that the resistance is wrong. Yet the
Post a Comment
Read more 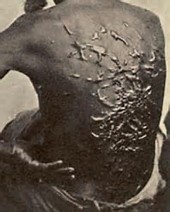 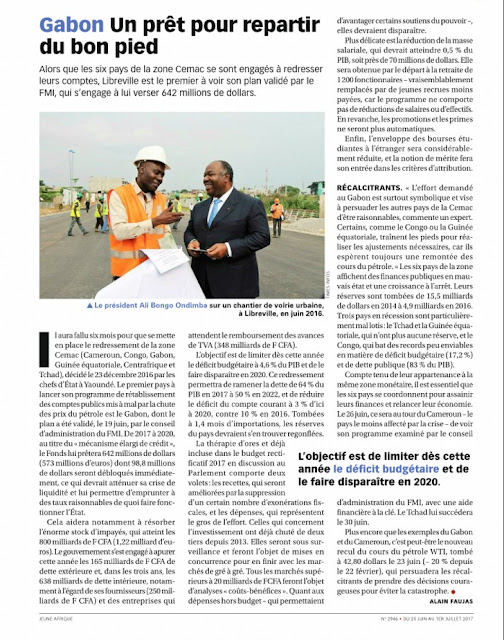 THE REAL PRESIDENT OF GABON COMES BACK LIKE A CONQUISTADOR TO HIS HOME. LE VRAI PRÉSIDENT DU GABON RENTRE EN CONQUISTADOR CHEZ LUI 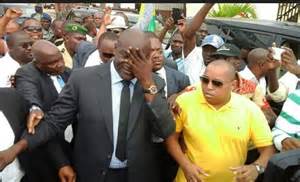 English version "I am the real president of Gabon; the only thing I did not do was to swear an oath. " This statement is not insignificant, as it was brought to the public square by Chantal Myboto, who reported what Maixent Accrombessi had told her from the height of his arrogance. Hiding outside of Gabon long before the presidential election of August 2016, pretexting a medical evacuation after a supposed stroke, Maixent Accrombessi waited far from the turmoil, that Ali Bongo catches every blow, and that he , Like Alexander the Great, comes to restore order in the village, when the time would come. Apparently, this time has come, because Maixent Accrombessi has just returned to Gabon, as the master of the place that he is. Indeed, it is a jet chartered by the Gabonese presidency, that is, dear readers, by you and me taxpayers, that he landed in Libreville on June 26, at the end of the day. According to La Lettre du Continent, Maixent Accrombessi
Post a Comment
Read more

English version Martin Niemöller was a prominent Protestant pastor who had served in the German navy in world war 1. When Hitler and the National Socialist Party emerged, touting nationalist slogans, Niemöller voted for the Nazis—both in the 1924 Prussian state elections and in the final national parliamentary elections of March 1933. Hitler espoused the importance of Christianity to German nationality and Christianity's role in a renewal of national morality and ethics, leading Niemöller to enthusiastically welcome the Third Reich. A turning point in Niemöller's political life occurred in January 1934 when he met Adolf Hitler. At the meeting it became clear that Niemöller's phone had been tapped by the Gestapo (German Secret State Police) and that he was under close state surveillance. Niemöller started to see the Nazi state as a dictatorship, one which he would oppose. Niemöller soon became widely known throughout Berlin for his critical sermons. Desp
Post a Comment
Read more 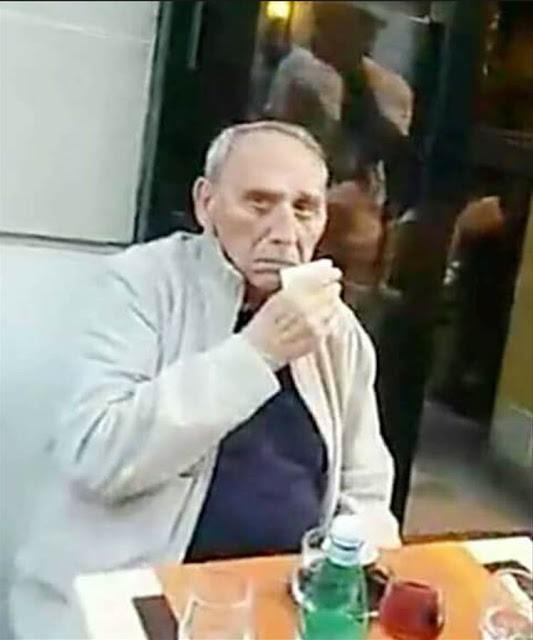 English version CEO of Ogar Vie until then, he decided upon the accession of Ali Bongo to power, to take over the entire insurance sector of Gabon. He created the Gabonese Commercial Reinsurance Company (SCG-Ré), whose mission is to manage, on behalf of the Gabonese State, the legal assignment of the premiums and contributions of all the insurance companies operating in Gabon. In short, it is he who covers all the insurance companies established in Gabon. "He" is Edouard Valentin. In addition, Edouard Valentin holds a total of 32% of the shares in two subsidiaries of BGFI Bank; i.e. 15% of BGFI Bourse and 17% of BGFI Bail. No, we will not give up! Version française PDG d’Ogar Vie jusqu’Alors, il décida dès l’accession d’Ali Bongo au pouvoir, de faire main basse sur l’entièreté du secteur des assurances au Gabon. Il créa de toute pièce la Société Commerciale Gabonaise de Réassurance (SCG-Ré), dont la mission est de gérer pour le compte
2 comments
Read more 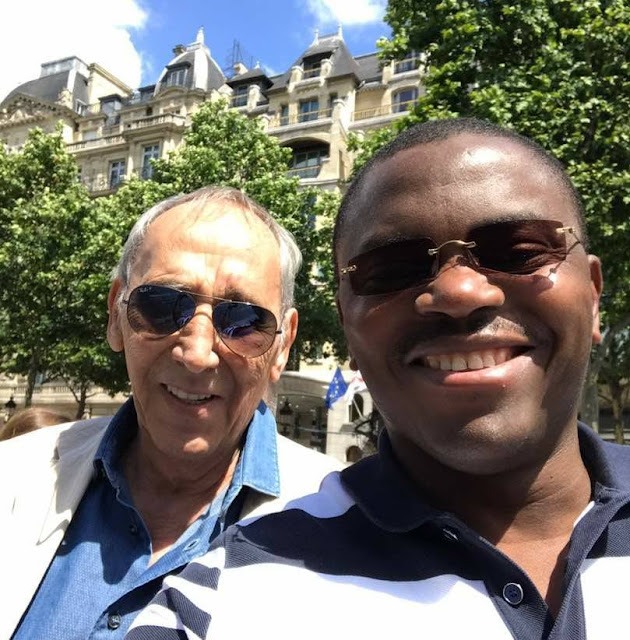 English version Do you know that at the funeral of his first wife Evelyne, former private secretary of Omar Bongo; in 2013 in France, three former ambassadors of France to Gabon were in attendance? They were Jean-Marc Simon who was in Libreville from 2003 to 2008; Louis Dominici in office from 1986 to 1994; and Philippe Selz from 1998 to 2003. Jacques Chirac, who was ill, could not make the trip, but his right hand man, Professor Bernard Debré, his former Minister of Cooperation, who was then an advisor to Francois Fillon, was in the front row. It is this same Bernard Debré who, in September 2016, after the electoral coup d'état of Ali Bongo, asked France to respect the decision of Mborantsuo to confirm Ali Bongo, in an editorial which concluded by saying: "In the name of the friendship we have always felt for Gabon and its people, let us not worry about moral lessons and help them find the path of national concord.” Here are the people for whom Edoua
Post a Comment
Read more 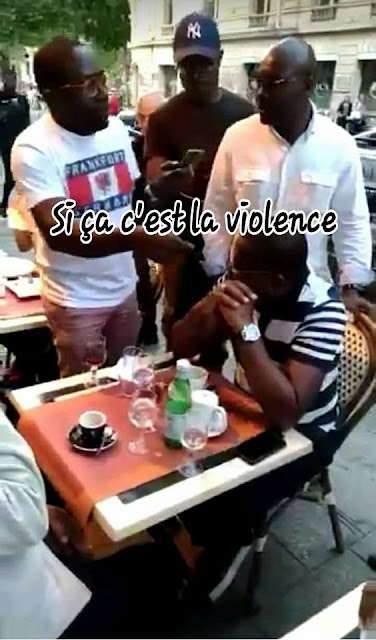 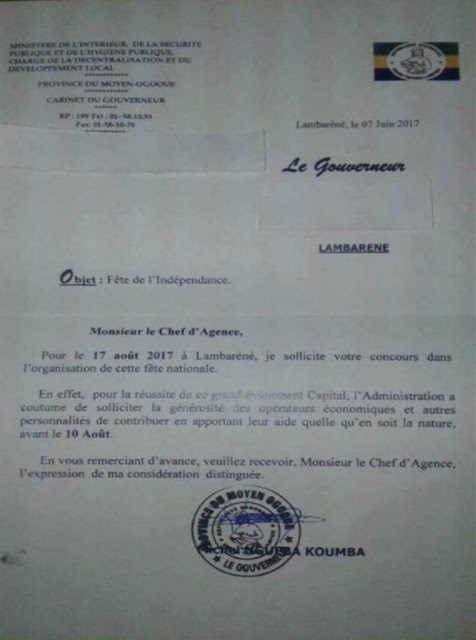 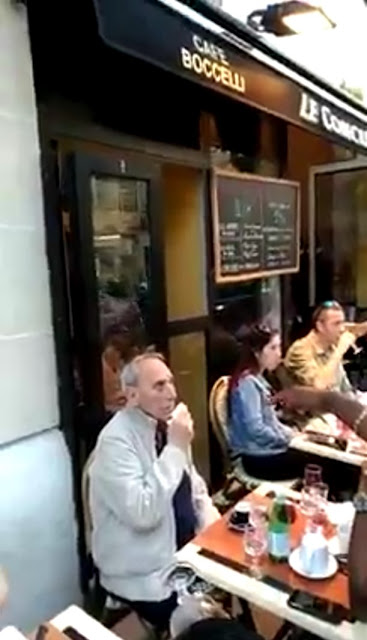 English version Last May, a debate between Jean Gaspard Ntoutoume-Ayi and Flavien Enongoué on RFI, gave rise to enormities declared by the latter, as you can hear in the audio document above. In the course of this exchange, Flavien Enongoué justifies the bombing of Jean Ping’s headquarters by the fact that the National Assembly of Gabon was burnt. So, for him, the killing of the Gabonese people by the forces of Ali Bongo was purely and simply normal, and that we had to forget that and move on. The Gabonese people were massacred by the regime that Flavien Enongoué defends. To date, this regime still asserts with impunity that there were only 3 deaths in Gabon’s post-election violence. Mr. Enongoué, if there is impunity, it is your regime that has installed and abused it in Gabon. What is impunity? Impunity is said to mean any situation whereby some people are never held accountable for their actions. Their threats, assaults and murders remain unpunishe
Post a Comment
Read more 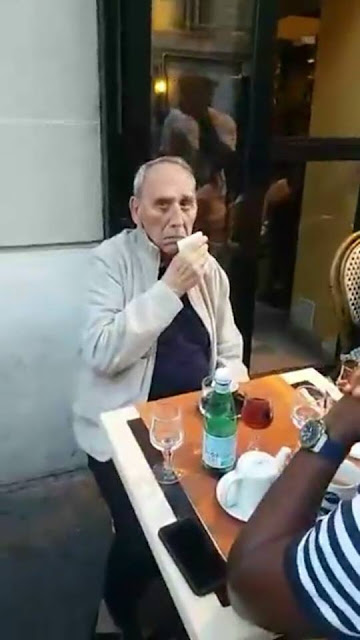 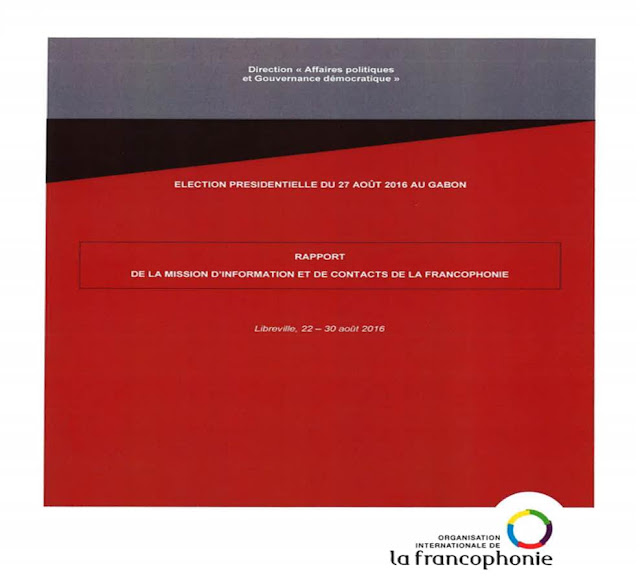 English version Dear readers, on TV5 recently a Deputy Prime Minister of Ali Bongo denied that the latter had massacred the Gabonese in 2016. For the respect of the truth and the memory of our massacred compatriots, we must fight these deniers with lasting energy and make them understand that they will regret in the long run this non-respect of the humanity of our populations. The notion of crime against humanity was defined by the statute of the International Military Tribunal of Nuremberg. It is this legal status that makes possible that today in every country in the world, represented in the UN, anyone who questions the truthfulness of the Nazi crimes against the Jewish people, is liable to serious legal proceedings for negation of crimes against humanity. To deny the reality of the Holocaust is a crime. In Gabon, we must impose upon the negationists of the crimes committed against the Gabonese people, our own justice; so that they would know that no one w
Post a Comment
Read more

ARE WE SO DUMB THAT WE CANNOT KNOW WHAT A MASSACRE IS? SOMMES-NOUS SI BÊTES POUR NE PAS SAVOIR CE QU’EST UN MASSACRE ?

English version On TV5, a minister, sorry, rather a Deputy Prime Minister of Ali Bongo has just declared that to qualify as massacres, the abuses committed by the regime after the proclamation of the fraudulent results of 2016, is an abuse of language. There are frankly slaps that get lost; But hey, maybe it's we who are stupid and do not understand what a massacre is. What is a massacre? Dear readers, the dictionary is clear and simple on this subject; "Massacring is the act of killing with savagery and in large numbers.” So dear readers: 1. Did the Ali Bongo militias kill Gabonese citizens with savagery? Absolutely, and the second video demonstrates this. 2. Did the Ali Bongo’s militias kill Gabonese citizens in large numbers? Again the answer is: absolutely. We can use historical facts to determine what a massacre is. The so-called Valentine's Day massacre is an example. On 14 February 1929 in Chicago, on Valentine's Day,
Post a Comment
Read more

English version The ICC's preliminary mission to Gabon has been completed. The highlight for this blog was the high turnout of the Gabonese people, who went spontaneously to the Radisson Hotel, where the hearings were held, to bring their testimonies to the ICC. As Emeric Rogier, one of the members of the ICC team says in the video above, the differences between the versions transmitted by the regime and those of the populations are enormous. The versions between the two camps are very contradictory, which will force the ICC to do its own analysis work to arrive at the truth. This will require a formal investigation by this organization. As Winston Churchill said in 1942, after a victory of the British troops against the Germans in El Alamein: "This is not the end. It is not even the beginning of the end. But it is, perhaps, the end of the beginning." So dear readers, the process continues. We will not give up! Version française
Post a Comment
Read more

THE ICC, WHY SO MUCH BAD FEELINGS. LA CPI, POURQUOI TANT DE PRÉJUGÉS 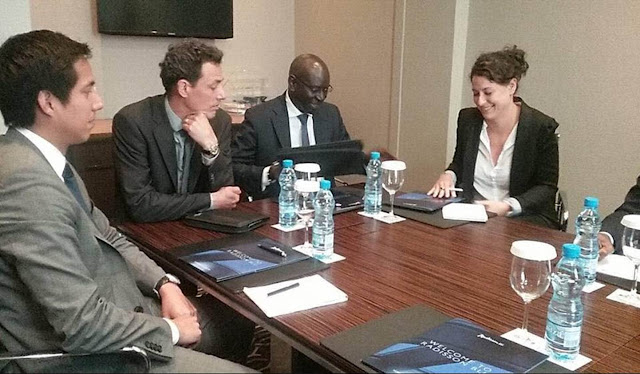 English version If our mail is an indication, the ill feelings against the International Criminal Court (ICC), whose mission is currently in Gabon, are very widespread among Gabonese and maybe even Africans. This blog's goal is to always base its findings on observed and perceived facts and not on fantasies. Here is why we come with an analysis of the ICC, its history, its actions and its judicial interventions, so that our readers can form a more informed opinion of this organization. The ICC was established in 1998 with the objective of being a court to try perpetrators of serious violations of human rights, genocide, crimes against humanity and war crimes. Contrary to what many Gabonese think, the ICC is an independent international organization. It therefore does not belong to the United Nations system; which allows any country to join or leave it. Its headquarters are in The Hague, Netherlands. The establishment of the International Criminal Court in
Post a Comment
Read more
More posts