Showing posts from September, 2014
Show all

September 30, 2014
English version On the show " On n'est pas couché," presented by Laurent Ruquier on the French television channel France 2, on Saturday 27 of September, Bernard Kouchner, former Minister Nicolas Sarkozy, answered charges by french chronicler Aymeric Caron who accused him of swimming in troubled waters by having maintained unsavory relationship with Omar Bongo, by saying: "What I did, what I did; wait, I'll tell you what I did; I did not issue a report, I set up a social security system in Gabon, which works with a little green card, it took three years, I worked a lot and now when you are a Gabonese and there has more than half of them who are poor, you can be treated. I am very proud of what I have done." But what is Bernard Kouchner talking about? But the National Health Insurance and Social Security (CNAMGS), of course! In 2009, French journalist Pierre Péan published a book in which he revealed that Bernard Kouchner wrote for Omar Bongo, a re
Post a Comment
Read more 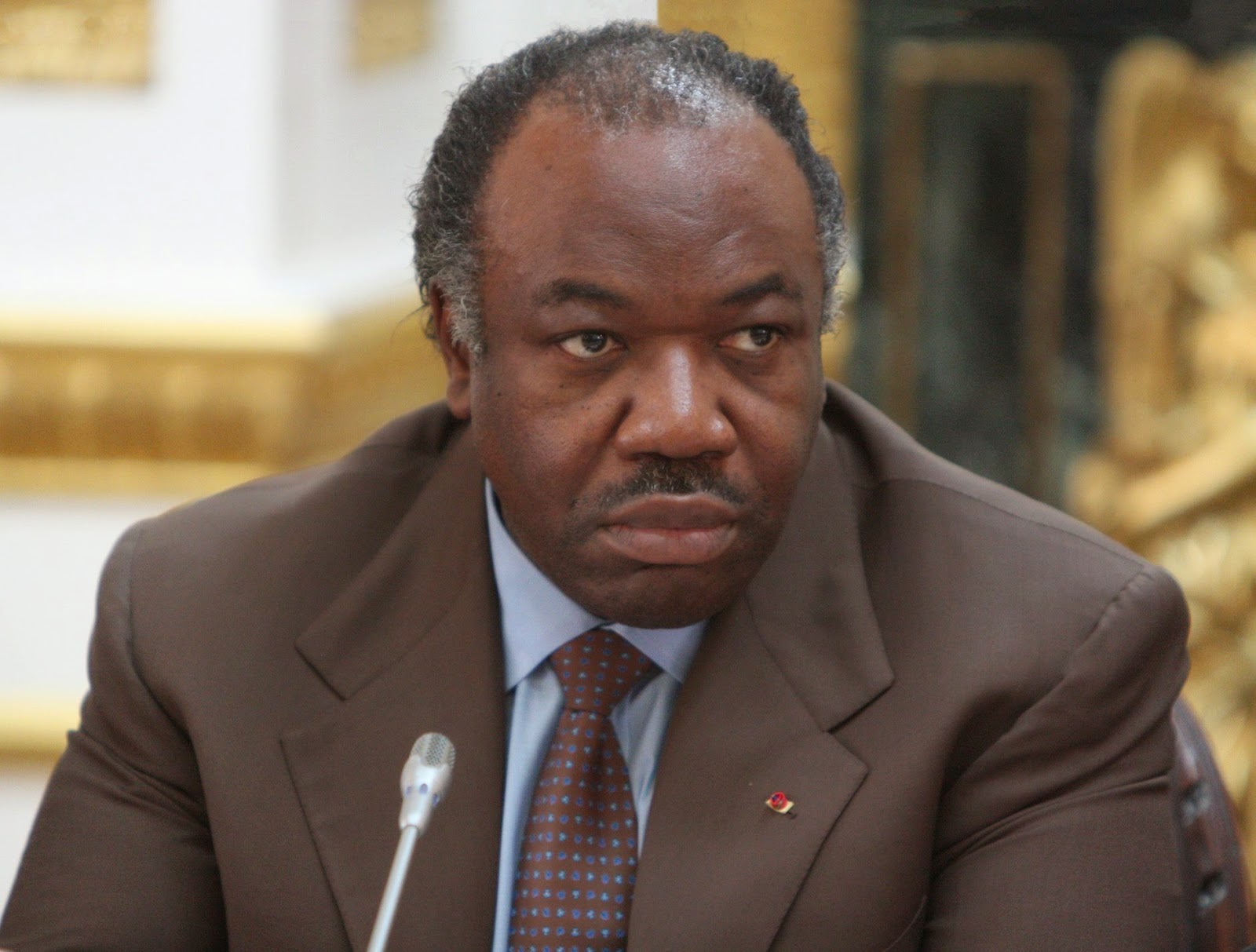 Ali Bongo (photo: COCOM) English Version THE TRUTH DOES NOT KILL, MISTER PRESIDENT IN POWER Dear Young Compatriots, We all know that there is no degree that prepares for the presidential office. We know that Omar BONGO never got a PhD; which did not prevent him from ruling Gabon for 40 years. We know that Mr. Luiz Inácio Lula da Silva did not have higher degrees, a worker's son, he became a worker himself; he built a business empire from scratch and went up to preside over the destiny of Brazil, a country he took to the ranks of emerging nations in less than 10 years. The time has come for Mr. Ali Ben Bongo to show foresight. This gentleman, who has been presiding over the destinies of Gabon for 5 years, can no longer indulge in falsehood. If Ali Ben Bongo still has a little respect, for himself, his children and his people, he must tell the truth to the entire world that mocks Gabon. We, young Gabonese Sovereignists (JSG), are
Post a Comment
Read more

IS THIS WHY THE PUBLIC UNIVERSITY HAD TO BE DESTROYED IN GABON? EST-CE DONC POURQUOI IL FALLAIT DÉTRUIRE L’UNIVERSITÉ PUBLIQUE AU GABON? 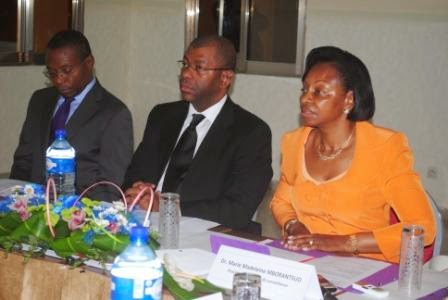 Marie Madeleine Mborantsuo, from the right. Marie Madeleine Mborantsuo, à droite. (Photo : berthejean.com) English version In its latest issue, La Lettre du Continent informs us of the launching very soon (because it is a commercial product), of a private university by the very virtuous and honest Marie-Madeleine Mborantsuo, the woman who oversees the working of democracy in Gabon by applying the law in all its impartiality. How lucky we are! But seriously, dear readers, La Lettre du Continent observes that the decay and laxity which are found at public Gabonese universities, contrast with the vitality and the investments made by the barons of the regime to set up their own education system through private schools, often financed by funds stolen from the public purse. The most edifying example being Marie-Madeleine Mborantsuo, President of the Constitutional Court and therefore ultimate validator of electoral frauds in Gabon. This periodical tells u
Post a Comment
Read more 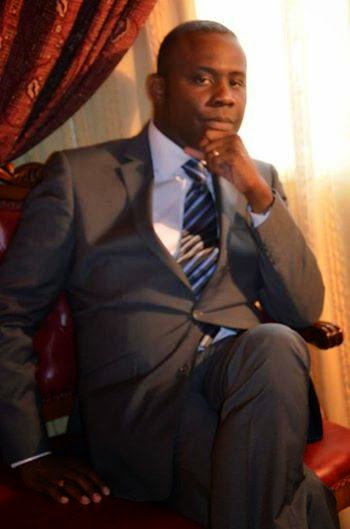 Mike Jocktane (photo: M.J.) English version " An element of mystery surrounds the degrees obtained by the Gabonese head of state in France ." La Lettre du Continent I am shocked by the information that I discovered yesterday by reading the «Lettre du Continent» (Letter of the Continent, a confidential-type newspaper), number 690, with regards to "the mystery of Ali Bongo Ondimba". Indeed, research conducted by investigators of this newspaper, aimed to be read by key decision makers, reveal that we should all have doubts about the truth of the statements contained on the official website of the President of Gabon. This seems to me to be extremely serious. While the Presidency website attributed to Ali Bongo a state doctorate in law, the Archives centre of Nanterre, which centralizes all theses in France, partially recognizes him a PhD in Geography, with «Transgabonais» (which is Gabon’s national railway system) as the subject of the
Post a Comment
Read more 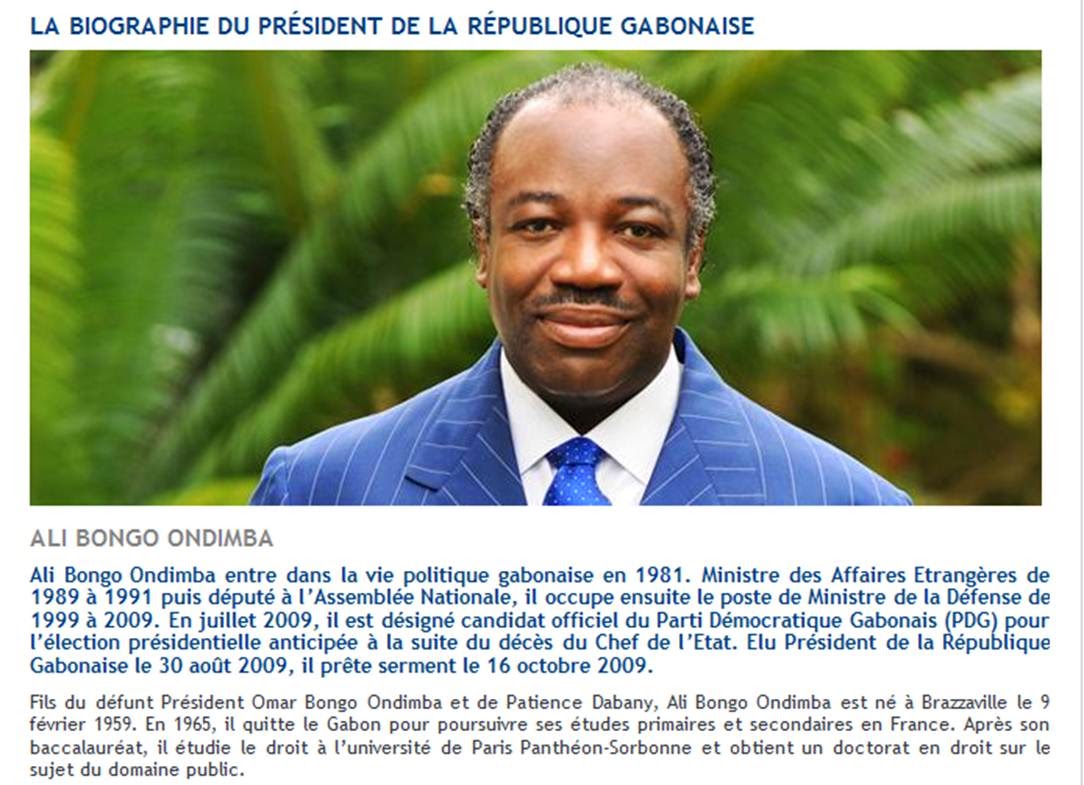 Copyright: presidentalibongo.com English version The recent article in La Lettre du Continent on the supposed diplomas held by Ali Bongo, confirms what we already knew; which is that Ali Bongo is decidedly immersed in the culture of falsehood. Yes dear readers, Ali Bongo maintains falsehoods and from the top of the authority of his power, he manages and perpetuates falsehoods. It is this pile of falsehood in which Ali Bongo tries to bury us, that we must fight. Dear readers, the use of forged documents and fake degrees is a crime against you; it is piracy, it is a crime against the effort, honesty, and most importantly, against the careers of thousands of Gabonese who took the time to go through the normal channel of merit. When Ali Bongo uses false documents and qualifications, he destroys further the human, material and technical capital of all Gabonese. Let us not be guilty by letting him get away with it, and saying altogether: "what else can we do!"
1 comment
Read more

English version It is under the rather mocking title of "Ali Bongo, multi-togas doctor!" that La Lettre du Continent, in its latest issue, is wondering about the incongruities between Ali Bongo’s official curriculum vitae and the academic reality of major French universities. In an investigation done by the French periodical wanting to lift the mystery surrounding the veracity and authenticity of Ali Bongo’s diplomas, which he says to have received in France, La Lettre du Continent reveals deep concerns. Indeed, while in Gabon’s official documents, it is explicitly stated that Ali Bongo holds a doctorate in law from the University Panthéon-Sorbonne (Paris 1), his official biography on the website of the Presidency saying as much, even if the thesis supporting that diploma cannot be found on this planet earth; La Lettre du Continent has discovered other information alleging that he has instead at the same time, defended a doctorate in geography. But the c
Post a Comment
Read more 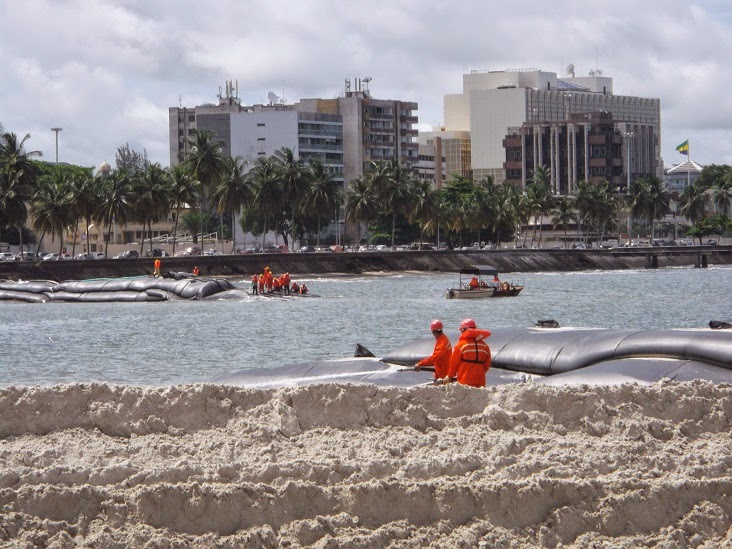 The Champ Triomphal Project Le projet Champ Triomphal (Photo: ANGT) English version On its website, the National Agency for Major Works (ANGT) describes the Champ Triomphal project as having three main objectives: - To become one of the main attractions of the Central and West African region and participate in stimulating the local economy by creating job opportunities. - To provide a place for joint celebration open to the public with this new extension of the waterfront. - To improve the quality of life of Libreville. But what you will not find on that website is the environmental impact study of that project on the coastline of Libreville, which many experts already decry the vulnerability. You will not find either of the details of how this Champ Triomphal would become this big magnet for jobs. As usual, Ali Bongo and company are happy to announce and the Gabonese people are not entitled to any detailed explanation of the underlying mechanisms of these
Post a Comment
Read more 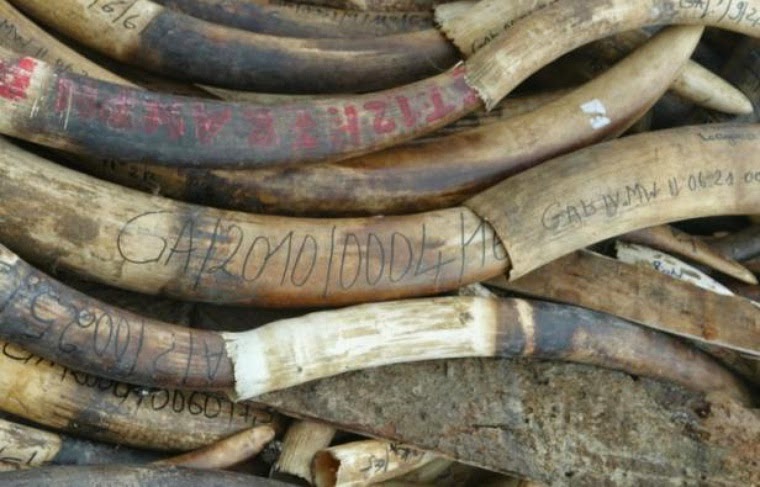 Gabonese ivory Ivoire gabonais (Photo : AFP) English version This week, Ali Bongo is engaged in his favorite exercise, which is to pontificate on a subject he knows little about, making promises he will never fulfill, while on the ground in Gabon, his record on the issue is more than catastrophic. Indeed, dear readers, Ali Bongo is rushing to New York to attend the climate summit organized by the United Nations. But it begs the question of what Ali Bongo has positively done for climate, environment and nature protection in Gabon? What indeed has Ali Bongo done in 5 years, not only for the preservation of the environment, protection of sensitive plant and animal species, but also for the promotion of rational use of Gabonese resources? It is clear that in his speech for the occasion, he will announce national commitments to goals that would remain only vague promises quickly forgotten. Never have so many elephants been slaughtered in Gabon than u
Post a Comment
Read more
More posts