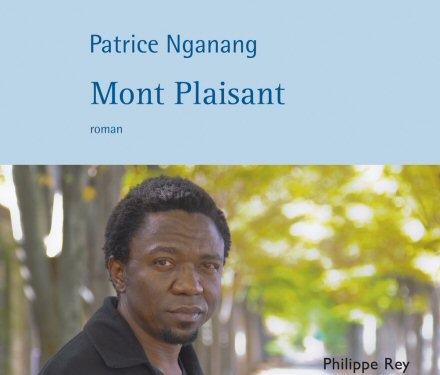 Many Africans express deep skepticism, and we cannot blame them in the light of history, about the usefulness of being interested in the French presidential election. But the Cameroonian intellectual and writer, Patrice Nganang, is not one of them. He just sent an uncompromising letter to the attention of the future President of France. We offer this letter to you below.

A letter from Africa to the future French president

In a few days, French voters would have elected you as their new president. Indistinguishable among all the candidates who are competing at the moment, you'll soon have all the powers. It is equally certain that you will have before you a question that is no longer raised more acutely in the palaces of the former African colonial powers. The question is this: what should the adopted African policy be? A very French question, if there was ever one. A question that is even more burning today. With the collapse of Mali, the democratic space in French-speaking Africa has been reduced to three countries in reality: Benin, Niger and Senegal. A meager track record you wish, we read, to encourage. This is probably the signal you would like to send in your interviews about Africa.

The triangle of infamy

Yet, it's all about perspective. Your mistake, Mr. President would, with regard to Africa, to be blinded by the loincloth that these three democratic countries are, because the francophone space has become the temple of tyranny in Africa. It would be a fundamental error of judgment because Africa is moving, changing, evolving, becoming more democratic, richer, certainly. Compared to English, Arabic or Portuguese speaking countries, the populations of French-speaking Africa have never been as ransomed and taken hostage by tyrants as they are today. When compared to non-Francophone countries, the Francophone ones have never been as poor as they are today. And finally, from the genocide of the Tutsis in Rwanda in 1994 to the one which took place in the Democratic Republic of Congo and the recent war in the Ivory Coast, these countries have never been so burdened by armed conflict and devastated by state sponsor violence. Not since African independence, has the French language been so much synonymous with tyranny, poverty, and violence for Africans. These three elements are linked like a curse, because they are the real triangle of infamy which should be your primary concern with regard to Africa: they should then define your Africa policy. To do politics is to plan, we are told, in short it means anticipating the future by the patiently and reasonably building today, the reality of tomorrow.

See the death of Françafrique

The best politics is a general peace. But what peace can be grown when the French-speaking countries account for many dictatorships today in Africa? With Cameroon, where by constitutional coup, on October 9, 2011, Paul Biya, after spending thirty years in power, imposed on the people another seven years term, longer term than yours, the French-speaking space also tops the list in terms of duration in power in Africa. With Togo, Gabon that you praise, and the DRC, is offering, dynasties within Republics! Among the countries where term limits for the president have been erased, most are French-speaking: Gabon, Togo, Algeria, Burkina Faso, Chad, Cameroon, Senegal. Your policy would be poisoned, if it thought that such ignominy would last even longer when in the neighborhood, Zambia, Ghana, South Africa, Nigeria, Mozambique are systematically democratizing!

It is that the French-speaking African countries are also the poorest on the continent! How can we believe that by Imperial bad luck during the butchering of Africa in 1884, France found itself with only the most wretched countries of earth? A quick glance at the classification of the countries of the world based on the well-being of their people would show you that the bottom is occupied by those having the French language as their common mode of expression: Chad, Mali, DRC, Cameroon, CAR, etc. Culture is that symbolic value, which for a long time has been mirrored by the French policy in Africa, and taken up by the first generation of African politicians since Leopold Sedar Senghor.

A hungry stomach has no ears

What culture do you talk to someone who is hungry? For it is obvious: a political system that crushes the middle class under the weight of bureaucracy, which is excessively centralized to the point of legislating from Paris the most important things for any state- money, the military-, repeats the same flaws of the Soviet system where the diktat of Moscow was law. Such a system is planting misery. Such a system can only repeat the mistake of the slavery south of the United States, because it condemns the producing classes to laziness by making the state the only matrix of well-being. We know that the collapse of the slave kingdom is written in the impoverishment of the slave. But we also know, Mr. President-elect of France, that the French slave kingdom in Africa is maintained by thousands of French soldiers stationed here and there on the continent: in Senegal, Chad, Gabon, Ivory Coast. We know that without this military support, the tyrants, these commanders that keep people in bondage, would have been swept away by the people: and this, the case of Ivory Coast and Mali, two countries where military contracts with France were not firm, prove it.

A militarized Francophone Africa by France cannot be democratic. it is because he knows that he is protected by a French military umbrella that Paul Biya can with impunity execute his fellow citizens as he did in February 2008, it is because he knows he is safe behind a French military triangle that runs from Chad to Gabon and Congo, that he can with impunity toss aside the vote of his fellow citizens, fiddle with the Constitution of Cameroon as he pleases, write an electoral code that makes a mockery of 70% of Cameroonians. It is because he knows that Paris will intervene militarily to support him that he spends more than half of the year in a hotel in Switzerland at the expense of the most impoverished population Cameroon as ever had.

It is time for France to settle for a democracy Africa. The free African has no reason to hate France. On the contrary, is when France supports the tyrants that she becomes hated! François Mitterrand, was able, with a little will, to give significant impetus to the democratic movement in Africa in 1990, by removing over the head of some tyrants, the protective umbrella which made them turn Africa into a bloody garden. Similarly in Cairo, after taking office, U.S. President Barack Obama shook the palms of tyranny which for decades were strangling the Arab world: Hosni Mubarak, the former Egyptian president in front of whom he held his speech in Cairo, is currently in prison, he who, two years ago called himself Pharaoh and was preparing his son for the succession. Mr. future president of France, we know you pleased with the success of democracy: time in francophone Africa is not for celebration, but to the systematic destruction of tyranny and the making of a future of effective freedom.

We know you attentive to the promptings of democracy and human rights when they occur: no other space than the one sharing French with you is as thirsty for democracy today. From you, we expect therefore more that outrage over the tyrannies that strangle Cameroon and other francophone countries. From you we expect a withdrawal of the too obvious support that Paris has always lent to some African dictators. From you, we expect a military withdrawal from Africa. But from you, we also expect strong gestures and a concrete support to African civil society undermined by years of dictatorship and corruption. The tyrants of Francophone Africa will be destroyed without the reassuring protection of the President of France. We expect from you more than the refusal to receive them at the Elysee Palace or to visit them. Mr. future president of France, be more than the Mitterrand of La Baule; be more than Obama in Cairo: be a friend of democracy in Africa.