"KEEP THE DOG HUNGRY AND IT WILL FOLLOW YOU"; IN THE OPPOSITION, IS EVERYONE ALREADY FOLLOWING THEIR BONE? «AFFAME LE CHIEN ET IL TE SUIVRA»; DANS L’OPPOSITION, CHACUN SUIT-IL DÉJÀ SON OS? 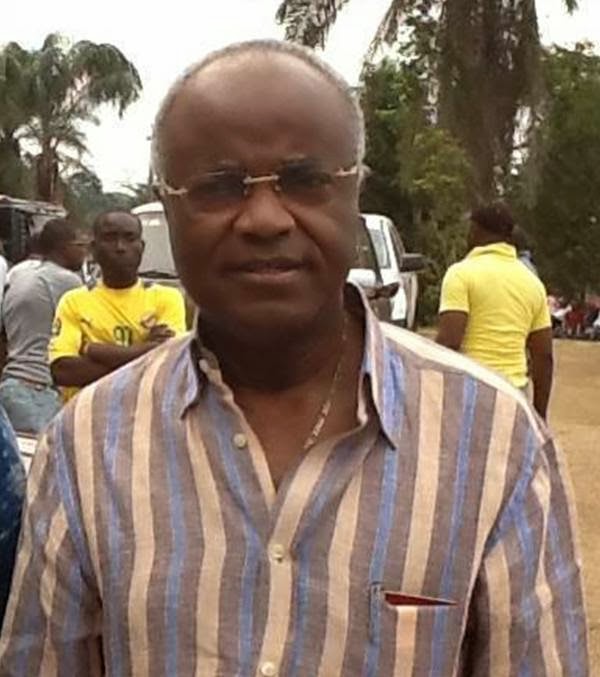 
Overall, the way the affairs of state are conducted by the PDG regime can lead us to the following conclusion: that since 1967, this regime has endeavored to make the Gabonese unable to hold beliefs that go beyond to show off and to have easy and immediate cash; they have pushed the people to have an excessive interest in appearances and develop discomfort if not a hindrance toward their national "linguistic diversity"; they have encourages the people to be obsessed with the slightest bit of power; in short they have tried to stuff the Gabonese people with a series of complex. The regime since 1967 has wanted to weaken the Gabonese people so they would never have the reflex to become self-sufficient. But this plan is wrong, because even when you have been formatted for a long time, you can always get rid of the complex if you take the trouble to understand and deal with it.


The electoral comedy that just took place in Gabon and whose outcome is still in progress, clearly shows that nothing has changed. Today we have an opposition that went to an election it knew to be distorted, but will still accept the crumbs that the regime will throw its way, while complaining that the regime has cheated but agreeing to occupy positions as elected officials sanctioned by the cheating. You have to be schizophrenic to understand this! We are witnessing the strange scene of a Jean Eyeghe Ndong, the very esteemed member of Union Nationale Party, who handily won elections in the second district of Libreville, who is expectantly awaiting the clarification of his aim for the position of Librevile’s Mayor, because a candidate of the PDG, a political feather weight, has been designated as a potential contender for the same position. What could Jean Eyeghe Ndong do in these circumstances? If the mayorship escaped him, he would complain to whom and where? By the same logic, if the mayorship is awarded to him, this would have been possible only after an agreement with the PDG. You see, dear readers, that in any of the cases, Jean Eyeghe Ndong has politically lost, because even by becoming Mayor of Libreville, having to make a pact with the PDG would never be acceptable to the majority of its supporters. So the question we must ask is why an experienced a politician as Jean Eyeghe Ndong would voluntarily participate in such a sham?


The wise man tells us and history teaches us that: the future is hidden even to those who claim to design, prepare and draw it. This is verifiable since the world began and it is not Gabon which will be the exception. The Gabonese people are united at least as regards to one opinion: Ali Bongo intends to remain in power forever! On this point there is no controversy. The Gabonese people do not need for anyone to tell them, they know it. But what is surprising is that all that Gabon has as smart people with moral integrity and nobility, does nothing to protect themselves effectively by preventing this unacceptable design. The person of Ali Bongo, the way he came to power in 2009 and how he shockingly governs the country since, have provided the Gabonese people with necessary and sufficient reasons not to go to the polls in the current conditions of the country's electoral system. But as we said earlier speaking of the formatting of the Gabonese people; by their intrigues and unhealthy games, the Bongo regime has mortgaged the destiny of the nation by the excessive pauperization of the country. As a political weapon, the regime has starved the Gabonese people, including members of the opposition who at any time can have their privileges threatened and their way of life decreased, so as to force their hand and push them to dance to the regime’s music according to the principle of the adage that says that a hungry dog will always follow whoever gives it the bone. We are witnessing today, like yesterday with the Bucherons and PGP, the predictable spectacle of a dilapidated political opposition, in which each character seems to follow his bone without a blueprint on strategic objectives. Moreover, ask them to give you their goals in relation to the removal of Ali Bongo from power, they would tell you nothing!


How can Gabon be rebuilt politically in the total absence of capable and dedicated political personnel? How can we restore political order when we hide behind silence, collusion, complacency and lies that have corrupted the collective imagination of an entire nation? How can we deal with an opposition which confines its energy in useless and ridiculous fratricide fights or revenge of the past? The logical consequence of this is that depravity is that in their mind nourished of recent and distant experiences from their past, the Gabonese people are now armed with a legitimate shield of caution against their leaders, be they from the regime or the opposition. They don’t believe them anymore. That is the same regime built on nearly forty -seven years of lies and deceptions that have led the country into the pit, which calls for the rescue of the republic today, thanks to some special biometric elections... One must see it to believe it!


By going to elections prepared by Ali Bongo and his regime under current conditions, one collaborates one way or another. The popular logic would dictate that well-prepared elections would lead to the regime’s scalp, which is impossible in the state of things today and everyone knows it. Those who participate in elections in the present state of things lead us to conclude that they are interested only in small prerogatives left to them by the regime as a reward for their participation in the staging. The truth is that when you do not want dictatorship and that you have the people on your side; you must boycott the activities of this corrupt and corrupting system. The system grows even presumptuous by encouraging people to vote en masse to its sham elections in sending sms to remind people of their electoral duty. But why this regime has never sent sms to tell Gabonese where to seek treatment, to go to school, how to take possession of a social housing which is a fundamental right in self respected societies? No, in Gabon it is a taboo to think about that, the illegitimate regime just needs a democratic showcase to ensure the continuity of a dying system, opposition members looking for a bone come lend a hand to the maneuver.


Those who love Gabon should no longer remain in this situation of indifference or collaboration that kills slowly. The best way to serve the country is precisely to ignore the activities of the regime. The boycott of the Bongos’ regime activities is a founder act of a fruitful and free conscience. As the free civil society proved in 2011 by the success of its campaign to boycott parliamentary elections, the refusal to participate in the illusory activities of a hated regime are a strong message of desire for independence. This type of boycott exceeds the logic of clans vying for the conquest of power, the boycott is not a policy or uncertain science practiced by "situationists". The boycott is rather a deep popular sentiment that nothing will stop or undermine. Its only motto is summarized as the end of the regime supported by these unhealthy and predatory interests which think nothing of the people. The boycott is an act of virtuous citizenship. It is the product of the people. No policy can manipulate it. This is called the genius of the people. We must have the moral and intellectual grace to understand it. Faced with the deep feeling of the people, the regime’s populist is of no political help. Start silly accusations against the leaders of the free civil society; make fake CVs to members of the foreign legion they wants to legitimize; overwhelm journalists who dare to speak the truth; none of that will change the situation. You must get used to it, ladies and gentlemen members of the regime and of the participationist opposition. When the people boycott, it is because they want first the scalp of the regime before any other bullshit!
Version française