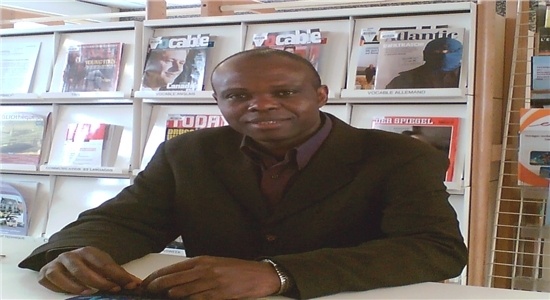 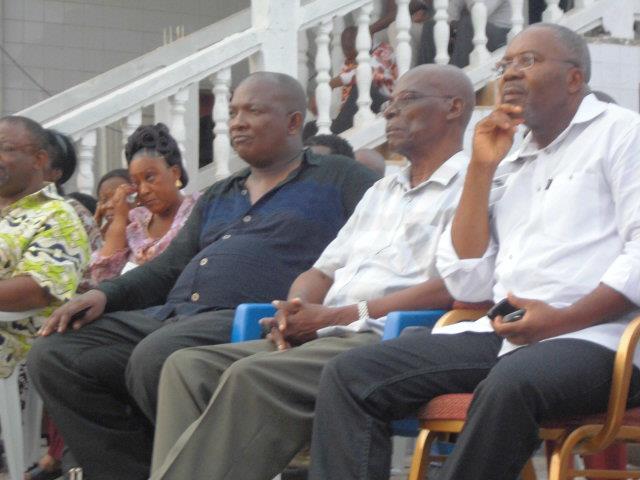 In a very elegant text both in its form and substance, and scientifically well documented; our compatriot Marc Mvé Békalé, an academic and author of many books, express to us his skepticism when it comes to the scope and even the need for an appeal for a sovereign national conference to be held; because for our compatriot, this approach cannot unseat the regime in Gabon and could even be a distraction or an inappropriate exercise in futility. This blog appreciates the strait talk of our compatriot and we are just as happy to see a Gabonese intellectual decide to step into the arena to express his views on what is, is not, and should be in our country. This blog has also never understood why the majority of people who present themselves as intellectuals in Gabon, never write or say anything and just wait for events to occur. So we say Congratulations to Marc Mve Békalé, who enriches the debate and fertilizes it with his positioning. In this post this blog would like to join our compatriot down in the arena of contradictory debate and propose to the readership an argument explaining our support for the Sovereign National Conference. We invite others to join us with their contributions either on this blog, or anywhere else, the important thing is that we could read and learn from them.

WHY THIS BLOG SUPPORTS THE HOLDING OF THE SOVEREIGN NATIONAL CONFERENCE

"Everything old is new again," said the author; what this means in this context is that people have been revolting against tyranny for time immemorial. Populist and revolutionary movements are well documented by history on every continent and in every culture. However, if the protagonists and outcomes of these revolutions are variable, a calm and impartial analysis and judgment of history tells us that no populist or revolutionary movement has ever succeeded without being canalized through an organized movement. A mass of people is only one component for revolutionary change; but this mass must be led by an organized group of people able to take over if and when a regime falls. This blog sees the Sovereign National Conference, not as a panacea that is going to solve all problems, but as an organizational tool that could allow the Gabonese people and their chosen leaders to come together and decide on a common future and common strategy. This conference is for this blog a momentum builder, a launching pad.

We Gabonese people should not misread history and misunderstand its lessons. The Cuban, Tunisians, Egyptians, before that centuries ago, the French people etc., did not just take to the street and overthrow their dictators; these actions were the culminating points of a methodical build up by very courageous and organized members of these societies. Human history has established that overtime, oppression brings people together, builds bridges of understanding between people of very dissimilar origins, outlooks and capacities; and establishes a forward looking relationship between these people who at other times would prefer to operate in isolation. Such is the situation in Gabon these days, where there is a unanimous consensus that the country is in shambles; that things must change. Taken individually, most Gabonese citizens would recognize this fact and would even say that they are ready to join the fight to make this change happen. The problem has always been to have all these Gabonese people operating in isolation to look in the same direction and work together for the common goal. The 45 years of Bongo regimes have successfully fragmented the Gabonese people into small islands of personal and individual worries at the expense of a solid common central sense of goals and this blog sees the Sovereign National Conference as a tool which if used effectively and judiciously, could allow the plurality of the Gabonese people to look in the same direction and act accordingly. It is clear that the regime is going to torpedo these attempts but this is the occasion to demonstrate the strength of the people. But if the plurality of the Gabonese opposition or those who think that they represent the Gabonese public opinion cannot organize a conference bringing their constituents together, how could they organize a regime change in Gabon? More than 10000 people have already signed up for the conference. This is a huge number because if this conference takes place and produces resolution asking for the country to be ruled differently, what would Ali Bongo do? Send his army to kill 10000 people? From a successful Sovereign National Conference, a real grass roots regime change movement could grow.

For this blog, there is therefore no contradiction between the organization of the Sovereign National Conference and a popular uprising asking for Ali Bongo to relinquish power; we even see both events as complementary. A successful Sovereign National Conference would make it more likely for the Gabonese people to have confidence in their capabilities to determine their own future. The Sovereign National Conference should not be done in the name of a single political party, but of a coherent body of doctrine for the entire Gabonese people asking to take control of their destiny. This blog believes that from this social, political and intellectual ferment, could really be formed a coalition between opposition leaders and the popular masses that could push Ali Bongo out. But some would argue that the Egyptians or Tunisians did not need a Sovereign National Conference; that they took to the street and won decisive victories against their dictators. This type of analysis would be wrong since it is a known fact that the Egyptian has been the result of a process that has been brewing over the past 10 years. It was the culmination of a chain reaction that started with the street protests of the year 2000 in solidarity with the Palestinian intifada, and also Mubarak's war against the Muslim Brotherhood in the 1990s. For those who do not remember, in the year 2000, tens of thousands of Egyptians demonstrated and the Egyptians police brutally crushed the peaceful protests and arrested hundreds of people. In March 2003 more than 30,000 Egyptians were attacked by the police when they tried to hold a meeting in Tahrir Square. In 2004 Egyptian activists launched the “Kefaya movement”, which was an anti-Mubarak and his family movement. The Kefaya activists used social media to shift the political culture in the country and ask millions of Egyptians to no longer be afraid of Mubarak, something unimaginable a few years before. In December 2006, textile workers in Egypt went on strike to protest the government, something unheard of before. In April 2008, a revolt took place in Egypt over the price of bread. Security forces put down the uprising in two days, leaving at least three dead and hundreds detained and tortured. From that revolt onward, Egypt continued to witness almost on a daily basis strikes and sit-ins by workers, and smaller gathering by activists in downtown Cairo and the provinces holding meetings. These daily economic and political meetings and protests against the regime meant that the legitimacy of Mubarak was continuously eroding. By October 2010, the larger Egyptian public had been definitely well prepared socially and politically to play its part in the overthrow of the dictator. Dissent had reached its peak.

This blog strongly believes that a parallel trajectory has been occurring in Gabon for some time; for year even. The departure of Ali Bongo from power will be the result of a long process that started under his father. We can already see that in Gabon, the wall of fear is falling bit by bit. The key to our success is that the sense of the possibility to remake Gabon in our collective image must be effectively transmitted to the widest possible Gabonese audience. Nothing aids the erosion of a dictator more than knowing that there is solidarity of all citizens against him; that all Gabonese people share the same desire for liberation and are ready to take action. We believe that the Sovereign National Conference is a step in that collective direction.

Some people would question why we are talking about strategy out in the open, because now the regime knows what we think and could prepare against it. Our response to them is that there is no secret about what people want in Gabon and if the popular goal is to have a change in regime, Ali Bongo cannot stop a determined population.