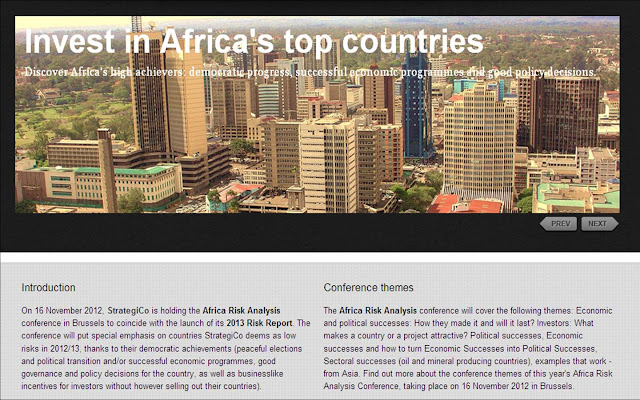 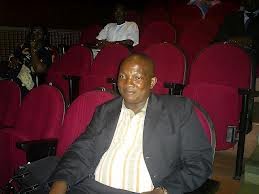 represented by the Convention of the Gabonese Diaspora

Ladies and gentlemen, distinguished guests, it is the name of the main Movement of the Gabonese civil society engaged in pressures for democratic reforms in Gabon that I speak to you. For this purpose, I wish to indicate the extent of the general crisis affecting my country and that includes major risks to its stability if the international community let things fester.

Indeed, following the taking of power by Ali Bongo, which occurred through undemocratic means in 2009, based on a completely irregular electoral process, marked by large-scale fraud and consecrated by an electoral coup with the active complicity of the Interior Ministry, the Army and the Constitutional Court, three institutions subservient to the family Bongo; Gabon has been going through an unprecedented social, political, and economic crisis which characteristics are:

Since the coming to power of Ali Bongo there is the imposition of a particularly aggressive dictatorship, disrespectful of the Civil and Political Rights of Gabonese citizens, which are otherwise constitutionally recognized. Frequent violations of human rights and fundamental freedoms are witnessed. The population of Port-Gentil, the economic capital, paid a heavy price in September 2009 with the murder of dozens of people and various other abuses which were committed by militias and soldiers acting on the orders of the regime. As a consequence, the International Criminal Court has agreed to open an investigation. Across the country, the civil society condemns arbitrary arrests and the reflexive use of torture and its exponential practice on citizens in all detention centers and prisons nationwide. In the same vein of human rights violations, a fierce repression fell on the student movement at the University of Libreville: a hundred of them were victims of arbitrary arrests inside the university campus in violation of academic freedom recognized to these places of higher learning that are supposed to build the progress of our country. The leader of that movement was sentenced to two months in prison by a justice system at the orders of Ali Bongo. Restriction of freedom of expression is marked by numerous suspensions of newspapers on the grounds that they criticize the regime, like UN and Ezombolo, two of the principals which have received six-month suspension handed down by the National Council of communication, an organization meant to regulate communication in Gabon, but which illustrates itself by trampling regularly on Freedom of the Press. TV+, the largest private television channels has been throughout this year, victim of sabotage by armed elements. The restriction of the action of free civil society organizations and trade unions which are constantly hampered by the Government: Trade Unionists saw their salaries suspended in 2011 for demanding better working conditions and many of them have been imprisoned.

In its desire to impose a one-party system and establish the hegemony of his political clan and to violate the fundemental rules of pluralistic democracy, ALI BONGO has taken a number of anti-democratic actions that reflect eloquently the tyrannical nature of his regime:

• The prohibition of a major political party of opposition namely the Union Nationale for having legitimately vehemently challenged the election of Ali Bongo in 2009;
• Arbitrary legal proceedings that are political in nature, against many executives and supporters of that party.
• The prohibition of marches and other peaceful forms of expression; recently, 48 people were made political prisoners. Some friendly French political parties have joined us in this new denunciation.
• The Constitutional Reform of 2011, unilaterally decided by Ali Bongo, enabling him to concentrate all powers and de facto dedicated making him president for life and transforming the presidency into a monarchy for the benefit of the Bongo family and their subservient;
• The legislative elections of 17 December 2011 which were held in the general indifference because boycotted by more than 90% of the Gabonese population. The Gabonese people refused to vote and endorse a mock election. Poll centers throughout the country were occupied by the armed forces under the exclusive supervision of the representatives of the party-state, the PDG. Of the 120 seats of deputies in the National Assembly of Gabon, 116 are now occupied by the PDG and totalitarian party, the other 4 seats are divided among four other parties including two of the Republican majority, that is subservient to the PDG, and two minority parties and dissident opposition.

We note the increasing number of unemployed and thus of precarious households. This following decisions as illegal as haphazardly like that on the log export ban. In addition, small and medium-sized businesses are closing one after the other for lack of contracts. While the country lacks hospitals, medicines, schools, the regime has launched lavish expenditures, such as:

• There is also the creation of agencies beyond legislative control, directly dependent upon Ali Bongo, which resulted in a non-standard use of the investment budget, while emptying the Government of its constitutional prerogatives to the point that PDG MPs openly criticized under the leadership of Guy Nzouba Ndama, action of agencies created by Ali Bongo. In general, we note that the waste of public money through the organization of festive activities costing billions of CFA francs to taxpayers and to the detriment of social investment; has become the new standard for managing state funds.
• The Land grabbing from people in rural areas and the planned destruction of hundreds of thousands of hectares of virgin forests for the benefit of Asian companies including the infamous company OLAM (Singaporean-Malaysian) is the project of the century for the emergence regime.

Designed with the goal of making Gabon a source of production of palm oil and rubber, in violation of international commitments made by Gabon in preserving the environment, plantation projects of the Olam Group are the latest feat of arms of the Ali Bongo regime. In a country where food security is not achieved, and where the high cost of food is due to the import of food products from neighboring countries, the question we might ask is why Olam does not chose the revitalization of rice cultivation in Nyali in the Nyanga province, Banana in Ndougou and Woleu-Ntem in general, yam in Ngounié etc ... so this time, to help Gabon diversify its economy on a more unanimous, healthy, and likely to allow our country to regain its food sovereignty as was the case until the early 70s.

In its propaganda, Ali Bongo's government had dangled the hypothetical potential OLAM offers to the Gabonese government, as investment funds capable of supporting the process of economic diversification.

After review, it is clear that OLAM is actually a screen business without resources. Olam uses the Gabonese government as a guarantee to raise funds on the international market. The alleged financial capabilities of Olam are nonexistent or virtual. Investments promised by OLAM are therefore fictitious. Faced with this economic imposture and suspicious activity by this company in Gabon, the presence of Olam Group in Gabon raises serious concerns with a large majority of the Gabonese people. We hope that the European Union is conducting investigations into the criminal activities of OLAM in Gabon.

• The destruction in Libreville in 2011 of thousands of housing belonging to low income people without credible alternatives proposed, at the same time exacerbating social divisions did not constitute an act of bravery by the emergent regime;
• The breakdown of the health system is exacerbated by the age of health facilities and the unspeakable degradation of the quality of care;
• The cost of living is more oppressive for hundreds of thousands of Gabonese households, where to provide regular meals to offspring already difficult to educate and take care of, is a feat considering that Gabon is among the top 5 countries richest countries on the continent;
• To feed themselves, some compatriots do their shopping at the municipal landfill of Mindoubé where they recover spoiled cartons of food when they are lucky;
• Strikes are endemic in almost all sectors of the public administration;
• The education system is deteriorating with bad training of our youth amid discontent by faculty.

To find an honorable way out for our country, the Movement Ça suffit comme Ça, the Convention of the Gabonese Diaspora, the political parties of the democratic opposition invite all to mobilize forces for the staging of the Sovereign National Conference.

As responsible citizens concerned about the preservation of peace, social cohesion, determined to impose real democracy in our country, we urge the European Union to help and facilitate the convening of a Sovereign National Conference including all political forces and civil society with the involvement of the international community and France. The 45 years of management of Gabon by the Bongo clan and the predatory political system of the PDG have plunged Gabon in desolation. At all levels, Gabon is a veritable wasteland. Our country needs to be rebuilt on new foundations. Gabon must cease to be the property of the Bongos which they can pilfer at will to the detriment of the majority of the population languishing in abject disgrace. We want to end social injustice and corruption that plague the state and prevent any development in Gabon. It is urgent that the European Union takes appropriate action against the ill gotten assets present in its territory. We want a strong signal from the European Union about the political corruption in Gabon.

Now we want to build a new Republic based on Equity, Justice and Democracy. We want to rebuild Gabon. Around the country, a strong desire for freedom is manifested. People aspire to something else and are eager to be rid of 45 years of mediocrity and obscurantism at the head of the state. A Sovereign National Conference is necessary resolutely as the only alternative to get out of the crisis, to save Gabon from bankruptcy, the current translation of the generalized decay of the state is that all institutions have no legitimacy. Ultimately, it is the same message that was issued at the World Forum on Democracy held in October in Strasbourg, that we wanted to renew so that together we can make Gabon into democratic state following the rule of law, free of one of the most corrupt regime that kills its children.