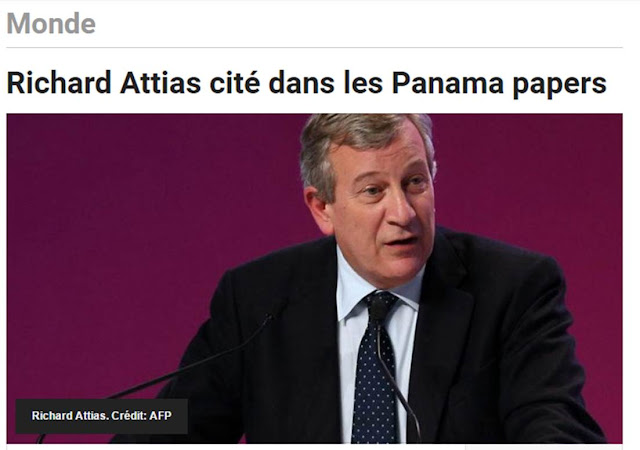 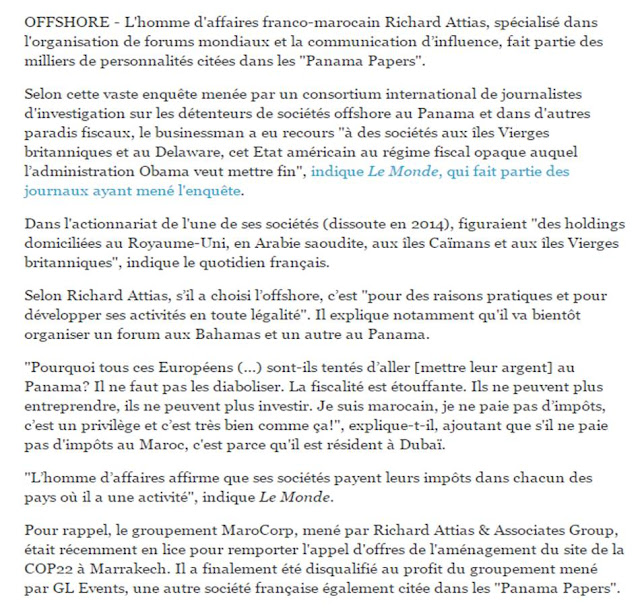 After Seydou Kane, another friend of Ali Bongo, Richard Attias, the man who organizes the annual junket at Gabonese taxpayers’ expense: The New York Forum Africa, has been linked to suspicious money funneling schemes in tax heavens as revealed by the Panama Papers.

But what are the Panama Papers? They are an unprecedented leak of 11.5 files from the world’s fourth largest offshore law firm, Mossack Fonseca. These files were sent to the German newspaper Süddeutsche Zeitung, which then shared them with the International Consortium of Investigative Journalists (ICIJ), which in turn distributed them to the international press.

Below is an article about the connection of Richard Attias with that scandal.

OFFSHORE - The Franco-Moroccan businessman Richard Attias, who specializes in the organization of global forums and communication, is one of the thousands of individuals mentioned in the "Panama Papers".

According to this broad investigation conducted by an the international consortium of investigative journalists on the owners of offshore companies in Panama and other tax havens, the businessman owns " companies in the British Virgin Island and in Delaware, an US territory with an opaque tax system which the Obama administration wants to end," wrote Le Monde, which is among the newspapers that led the investigation.

In the shareholding of one of its companies (dissolved in 2014), were "holding companies based in the United Kingdom, in Saudi Arabia, in the Cayman Islands and the British Virgin Islands," said the French daily.

According to Richard Attias, if he chose to go offshore it was "for practical reasons and to develop his activities legally." He explained in particular that he will soon organize a forum in the Bahamas and another one in Panama.

"Why are all these Europeans tempted to put their money in Panama? We must not demonize them. Taxation is suffocating. They can no longer be entrepreneur, they cannot invest. I'm Moroccan, I do not pay taxes, it is a privilege and that's just fine!" he says, adding that if he does not pay taxes in Morocco it is because he is a resident of Dubai.

"The businessman says that his companies pay their taxes in each country where he has an activity", says Le Monde.

To recap, the MaroCorp group, led by Richard Attias & Associates Group, was recently in the running to win the call for the development of offers on the site of the COP22 in Marrakech. He eventually

To recap, the MaroCorp group, led by the Richard Attias & Associates Group, was recently in the running to win the contract for the development of the site of the COP22 in Marrakech. He was eventually disqualified in favor of the consortium led by GL Events, another French company also cited in the "Panama Papers".