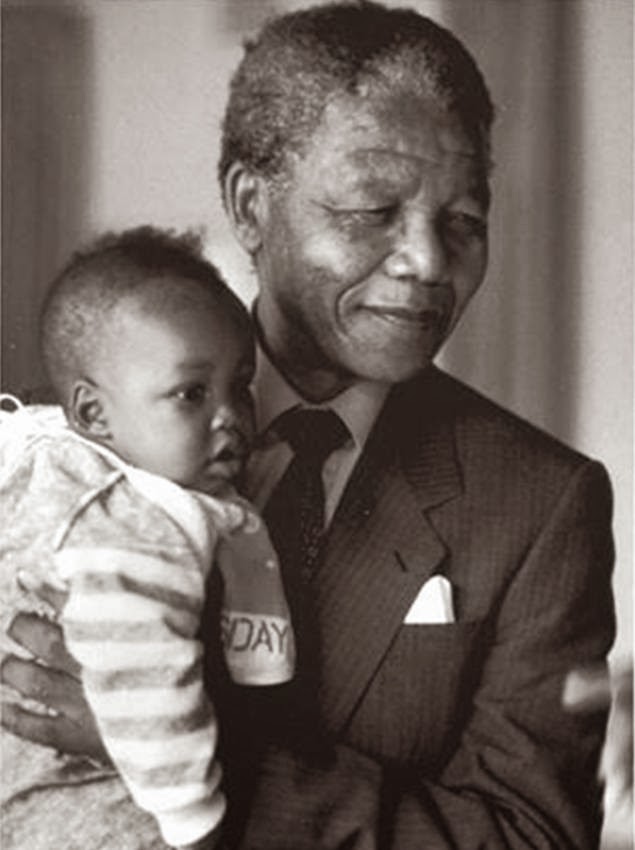 The next day, Mandela met at the secret location in the Transvaal region, with Walter Sisulu, Gavan Mbeki, Moses Kotane, Dan Tloome, J. B. Marks and Duma Nokwe. The next night he was to leave for Johannesburg, disguised as a chauffeur. But 20 miles northwest of Pietermaritzburg, Nelson Mandela noticed a Ford with 2 white men in it, followed by two other cars with more white men in them. The Ford passed them and signaled to Mandela to stop. Mandela says that from that moment, he knew instinctively that his life as a free man was over. A white man came to the window of the car and introduced himself as Sergeant Vorster and ask him to identify himself; Mandela answered: “I am David Motsamayi”; to which the man replied: “you are Nelson Mandela and you are under arrest”. Thus began Mandela’s incarceration.

In the book, Mandela describes his trial and his imprisonment at length. But the purpose of this post is to find out who supported him outside of South Africa; and we will keep our description limited to that topic.

In Chapter 57, Mandela describes the support he received from the outside during his trial. The students of London University protested his arrest and trial. The UN Security Council, with the abstention of Great Britain and the USA, urged the South African Government to end the trial and release him. In 1965, the International Red Cross stated monitoring the state of political prisoner on Robben Island. Because of the intense pressure the authorities were putting on Winnie Mandela, she sent her two daughters Zeni and Zindzi clandestinely to Swaziland to a boarding school. The SWAPO in Namibia made an alliance with the ANC and started attacking South African targets. Guerilla movement allied to the ANC started in Angola and Mozambique. In 1967, the ANC formed an alliance with the Zimbabwe African People’s Union (ZAPU) that had been formed by Joshua Nkomo. Numerous Umkhonto we Sizwe soldiers joined the fight against the Rhodesian army. In 1971, men from the Namibian SWAPO and the ANC were arrested by the South African Authorities and brought to Robben Island; they were led by a formidable fighter by the name of Toivo Ja Toivo. By 1976, the ANC had military bases in Tanzania, Angola and Mozambique. In 1975, the South African Army had invaded Angola in support of the colonial power and to track ANC and SWAPO fighters who had bases there.

In Chapter 85, Mandela says that in 1979, from Lusaka Zambia where he was based, Oliver Tambo launched a “Free Mandela” campaign. India awarded Mandela with the Jawaharlal Nehru Human Rights Award, which was accepted by Winnie Mandela. The ANC became very active in newspapers and on the ground with its military campaign. In 1981 the South African air force did a raid on the ANC offices in Maputo, Mozambique, killing 13 ANC members. The conflict was becoming more intense. In August 1982, Ruth, the wife of Joe Slovo, an ANC member, was killed by a letter bomb. The apartheid regime was becoming more cruel and vicious. In December 1982, the ANC retaliated by setting off explosions at a nuclear power plant in Cape Town. In May 1983, the ANC car bombed the office of the Air force and Military Intelligence, killing 19 people and injuring more than 200. There was a tremendous escalation of the armed struggle.

In 1984, the ANC had become the most popular political movement in Africa; Desmond Tutu was awarded the Nobel Peace Prize but the South African Government refused to acknowledge that. Mandela says that the South African Government started making overtures towards him in 1984 and 1985. Initially the government wanted to isolate him from the other ANC prisoners. “Mandela, we can work with you but not with your colleagues, be reasonable”, he was told by government ministers. He refused to be isolated from the rest of the ANC. Early in 1985, he was visited by a member of the British Parliament, Lord Bethell and an American law professor at Georgetown University by the name of Samuel Dash. Bethell asked him about the necessity of the armed struggle and Mandela told him that it was not up to the ANC to stop the armed struggle but to the South African Government to stop the policies that lead to violence. Samuel Dash was interested in knowing what was Mandela’s vision of a future South Africa. Mandela said: a unitary state, without Bantustans; non-racial elections: one man one vote; political freedom; human rights. The American asked him about mixed-marriages, to which Mandela replied: “it is not my ambition to marry a white woman; it is political, social and economical equality that we want”.

In 31 Jan 1985, P. W. Botha in a televised address offered to release Mandela, if he unconditionally would renounce violence as a political instrument. Mandela responded by asking for Winnie Mandela to take a letter to the Foreign Minister Pik Botha, in which he was rejecting the offer, because the ANC could not abandoned the armed struggle unconditionally. In 10 Feb 1985, Mandela’s daughter, Zindzi, read in a full stadium in Soweto, his letter of refusal to accept the release conditions of the government and his reaffirmation of loyalty to the ANC.

In Feb 2086, Mandela was visited in prison by Olesegun Obansanjo, requesting that Mandela meets with a delegation of the British Commonwealth. Obansanjo obtained from Mandela, a meeting with the South African Government scheduled for May 1986. The group Mandela met was called the Eminent Persons Group which included Kobie Coetsee and the Lieutenant General of W. H. Willemse. Mandela told them that in accordance with the views of Oliver Tambo in Lusaka Zambia, the ANC was ready to begin formal negotiations with the South Africa Government, under the condition that the army withdrew its troops from black townships as a sign of good faith. The group left promising to meet with Oliver Tambo in Lusaka. However, instead of withdrawing its troops, the South African Defense Force launched simultaneous air attacks on ANC bases in Zambia, Zimbabwe and Botswana. This action poisoned any prospect for negotiations and Oliver Tambo and the ANC called for their supporters to render South Africa ungovernable. The anger of the masses became unrestrained. On 6 July 1986, as the violence was spiraling out of control, the South African government declared the State of Emergency. The ANC was now in position of strength and thus able to dictate the terms of the negotiations.

In 1987, Mandela resumed contacts with the South African Government. The government was now ready to meet without conditions with the ANC’s National Executive Committee. The first formal meeting between the two parties took place in May 1988. In December 1988, Mandela was moved to the Prison of Victor Verster, into a house built into that Prison, where he could negotiate with the Government in privacy and comfort. In 19 Jan 1989, the South African government made a proposal to the ANC, asking them to do two things: renounced violence and renounce asking for majority rule. Mandela refused. Then P. W. Botha suffered a stroke and was replaced by F. W. De Klerk. In 10 October 1989, De Klerk announced that Walter Sisulu, and seven other Robben Island were to be released. These men were released within 5 days and the ANC became convinced that De Klerk was sincere in his commitment to normalization. Then, having shown good will, De Klerk asked to Mandela and the ANC for an honest commitment to peace. Mandela accepted the overture. The ANC published the declaration of Harare, in which it said that it would accept a ceasefire if the South African Government ended the state of emergency, the military occupation of the townships and lifted the ban on individual liberties. On 13 Dec 2009, Mandela met with De Klerk and told him that he had the impression that De Klerk wanted to modernize apartheid and not abolish it, and that this was unacceptable to the ANC. Mandela told De Klerk that history proves that an oppressive regime cannot be reformed; it must be entirely cast aside. De Klerk said that he would do exactly that: lift the state of emergency, release political prisoners, allow all exiles to return, etc.

On 2 February 1990, in a televised address, De Klerk announced the dismantling of apartheid, the legalization of the ANC and other dissident political parties, the freeing of all political prisoners, the suspension of the death penalty, the lifting of the state of emergency and all individual right restriction. On 9 February 1990, Mandela was told by De Klerk that his release was imminent. De klerk told Mandela that he would be flown to Johannesburg and released there. Mandela said no, he wanted by foot out of Victor Verster’s prison and thank those who helped him by being among the people.

Chapter 100, freedom. Mandela’s family was brought to Cape Town in a chartered plane. The organizing committee to receive Mandela was chaired by Cyril Ramaphosa and Desmond Tutu. On 11 February 1990, Nelson Mandela walked out of the prison’s gate, a free man. Mandela said that his first responsibility was to thank the people who had helped him inside and outside of South Africa. On 27 February 1990, he flew to Lusaka Zambia to personally thank Robert Mugabe, Kenneth Kaunda, Jose Eduardo Dos Santos, Quett Masire and Yoweri Museweni.

Dear readers, we have summarized for you this account so you would know the truth and would not believe any revision of history by the Bongos trying to insert themselves into Mandela’s life.