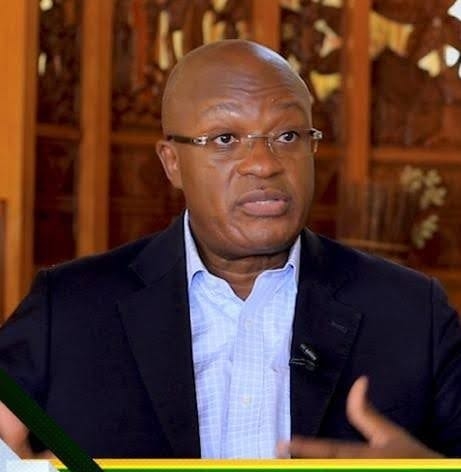 Ladies and Gentlemen, Heads of State and Government,

Ladies and Gentlemen, Representatives of the G20 member countries,

Mr. Representative of the State of the United Arab Emirates,

Madam President of the Commission of the European Union,

Participant in the Paris Summit.

On May 17 and 18, 2021, you will meet in Paris for a Summit, at the initiative of Emmanuel Macron, President of the French Republic.

This summit, which is not the first of its kind, is devoted to financing the economies of African countries and, according to the wishes of its host, to finding innovative solutions for new ways to boost their economies.

This is a significant initiative, which comes against a backdrop of economic and social crises that have been repeated for 7 years, the last one being the result of the Covid-19 pandemic.

I hope that this meeting will lead to real solutions, in accordance with its objective, to avoid to further aggravate the humanitarian imbalances between Africa and the rest of the world. We know the consequences.

The question of financing African economies will certainly be addressed with its corollary of the sly debt, a real problem for our countries, which often weighs down development that should benefit the populations.

It is precisely for this reason that, beyond the rulers, the Paris Summit should listen to everyone: political classes from all sides, civil society and populations in general, who all have an immediate and urgent interest, to be enlightened on these questions, in search of solutions which will enable our countries to emerge from the prevailing slump and prepare a future more in tune with their capabilities.

The stakes for Africa are high. They condition the future of an entire continent and the sovereignty of states. If the Covid-19 pandemic has weakened the economies of African countries, it is urgent to see how each of them responded to it and to know whether, overall, their economies were sufficiently structured to cope with it. In this regard, I will only speak of the case of my country, Gabon.

The problematic of Gabon is clear and the paradoxes are eloquent. The country has significant potential in terms of the diversity and importance of its natural resources. It thus has a small population generating a Gross Domestic Product per Inhabitant (GDP / H) of $ 7,700 in 2019, among the highest on the continent. This GDP per capita places it 90th in the world.

These figures are for me and for the informed observers of Gabon, the result of bad governance and the absence of a real vision of development which is concretely verified by, among others:

· The catastrophic state of the road network, which very seriously slows down intra-regional economic exchanges and makes food and other consumer goods expensive on the markets for a country which imports more than 80% of what it consumes. It is also an obstacle on the exploitation of natural resources necessary for the development and diversification of our economy;

· The phenomenon of the systematization of corruption;

· The recurring breaches of respect for the rule of law in business and judicial matters, which are a nightmare for businessmen concerned about the legal and economic stability of their investments. Our country is less and less reassuring on this point; it is 169th in the world ranking of Doing Business;

· The weakness of parliamentary control over government action and over the Agencies hidden behind the tutelage of the Presidency of the Republic. The same is true of the many scandals of embezzlement of budget lines which are sometimes done in the face of parliament and debts contracted by the state without the consent of the parliament;

· The locking down of the political system, which prevents any possibility of change and the establishment of alternative policies when previous ones have failed.

All of these facts put the country in a situation of failure both inside and out, to the chagrin of the people.

By being like the bad student of the class, what can they expect from the Paris Summit and from donors, who are exasperated by the lack of enthusiasm of the regime to make the necessary efforts and reforms, that have led to a standstill with the IMF?

This picture of the general state of the country is a reflection of reality, and no one can rejoice in this paradoxical situation of a country richly endowed but poor in its governance and in its economic and social performance. This, unfortunately, is the Gabonese exception.

After a previous three-year program with the IMF, Gabon finds itself in difficulty to revive itself due to a serious structural failure at the highest level of the state's decision-making body. The very ambitious 2021-2023 program known as “the acceleration of transformation” cannot reasonably prosper, due to (1) major big dysfunctions experienced by the State apparatus, (2) a heavy and sluggish administration, and (3) gloomy economic outlook.

Bad government debt is unlikely to help promote increased economic growth as long as it is used to fill budget deficits and pay off old debts. In 2021, the projected growth rate is 2.7% while inflation is expected to exceed the 3% observed in 2020. The country will be practically in recession.

This is why I think, in the case of Gabon, that a change of policy and method of governance is necessary in order to revive its economy. This could only be done through a progressive and reformist approach by bringing together energies committed to putting the country back on its feet.

It is on this condition that the major international creditors could agree on the rescheduling of our debt and its reconversion to finance development projects, by betting on innovative financial vehicles to guarantee the settlements of our external commitments.

To revive its economy and not to penalize the populations who are already suffering too much from the failure of the current regime, the urgency for Gabon would be to prioritize:

· Rationalization of the major expenditure items of state budget-consuming institutions such as the Presidency of the Republic;

· The urgent rehabilitation of the main axes of the national road network and the effective launch of the rehabilitation works of the railway, as well as the project of its doubling in size;

Immediate funding for the construction of schools, high schools, as well as higher education and vocational training establishments throughout the country, together with the promotion of the teaching profession, all sectors combined ;

· The Financing of the training of young people in the professions of the future and in general, education at all levels, to better provide them with employment security in our country and reduce the brain drain;

· The financing of the Reconversion, by a system of continuous training, of the many young people trained in sectors without outlets, towards sectors with better employability;

· Funding for all initiatives aimed at strengthening the legal body and respect for the rule of law and human rights;

The strengthening and promotion of private initiative and national entrepreneurship, in high-growth areas such as tourism, agriculture, IT or social housing, to loosen the grip on the state as an economic agent and create wealth at the national level.

Finally, I think that the management of Covid-19 has proven how our welfare and social assistance systems are insufficient and fragile in the service of a large number of populations in distress. It is therefore urgent to support the reflection and the actions that will follow on the financing of African economies by alternative ways based on the establishment or strengthening of the social security system with sustainable financing mechanisms.

There you have it, Excellencies, how the case of Gabon must be seen and understood during and at the end of this Paris Summit which, I would like to remind you, must speak to everyone beyond those in power alone.

Hoping that this letter will find your benevolence, please accept the expression of my highest and respectful consideration.

Member of the National Union