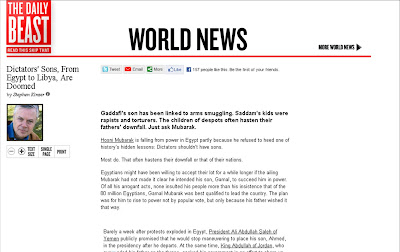 
Dictators' Sons, From Egypt to Libya, Are Doomed

Gaddafi's son has been linked to arms smuggling. Saddam's kids were rapists and torturers. The children of despots often hasten their fathers' downfall. Just ask Mubarak.