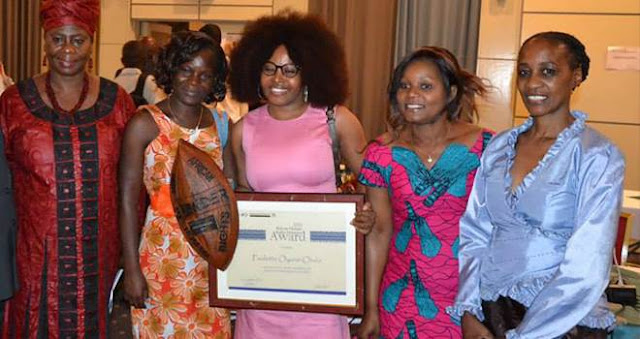 The Gabon's political regime or the regime of conservation of power, without another objective than to be in power.

The prince, called that by Machiavelli, not because of any royal birth, but only for its taste for absolutism. This word is thus a pejorative name to denote anyone willing to walk over dead bodies to retain power for the sole purpose of having power, not to develop the country, not because they have a great design: no! Just a view to have power for their enjoyment, to crush and dominate their neighbor. The prince is the tyrant who rules based on their will and their personal interest.

In a system of conservation of power, one does not work for the smooth running of the country, but one serves a man, the prince, the tyrant, the dictator!

To do this, the prince uses force, cunning, violence, concealment and deceit; the aim being to retain power at all costs.

In these circumstances, evil is a necessary instrument. The prince being wicked by nature, morals and convictions are banned, denigrated and degraded: evil is put above them.

The Prince merges obligatorily with the State and uses force, making the people believe that it is for its good, to ensure peace.
In any political system for the conservation of power, peace is the magic word. Hosni Mubarak, the last Pharaoh of Egypt, did not hesitate to say to the Egyptians, "it's me or chaos, it's my son or I," meaning by this that whatever the case, only his will counted is must be imposed upon millions of Egyptians, or else there will be chaos and civil war, which is the same!

In the same vein, Bongo the first said, "if you try to get me to leave power by force, people will look in vain for Gabon on the world map," and the Gabonese people applauded, to the point of losing their phalanges!
The prince is always trying to modify the old model of power, which he is the successor, to stabilize his own, he is constantly in search of legitimacy. To this end, he has to undergo an overhaul of the system of which he is the successor, breaking everything in its path: Humans beings as well as dwellings. The people will only have to rebuild the destroyed neighborhoods and if they can, and adapt to their new conditions that which should normally be worse than the old ones.

In the political system for only the retention of power, politicians are the people who appear to opt for a job and keep a role as in a show ... Politics turn into the stagecraft, each leader puts themselves out there and are performing.

The prince is the single pole of initiatives, of injunctions and of scheduling of the dynamics of state power relationships. He must therefore have a thorough understanding of force, and should know that it is a valuable tool at the disposal of political power. An effective tool to help him enforce unjust laws and institutions, to safeguard the public and private order, i.e. his power. For all that, the private order is perfectly definable by law, as the public order is not. It is a perfect free for all, which the Prince uses to suppress everything!

In the political system of conservation of power, simulation is the only outcome for the prince. It is as desirable, as beneficial, an outcome as long as the prince does not observe any conditions, any requirement by which one is considered a good man. He must always act against his word (speaking empty words) for the maintenance of his power against love and against humanity. Indeed, in the logic of the conservation of power, any political leader in every speech, should always use empty words, that is to say demagoguery. Especially as politics, in the logic of the conservation of power, is not the kingdom of good and well-meaning people. To maintain his power, the prince must be necessarily unfair. He must suspend morality. And every political action is linked to the prince as long as it is bound to be good, but if it is bad, then it is the fault of his entourage.

The perfect social order, in the eyes of the prince, lies in the support of the law and force; but this requires that the law directs the force. The absurd laws are only effective if they are supported by force. The daily slogan to breaking eardrums is: "Force must be to the law", "No one is supposed to ignore the law" and blablaba ... But no one says, first, that if "no one expected to ignore the law, everyone is not supposed to know it." As proof, how many Gabonese know the number and nature of the laws passed in their name by the National Assembly, every year? I bet that no more than 10% of Gabonese from the hoi polloi know what is happening at the National Assembly. On the other hand, "if force must be to the law", it is still necessary that the relevant law be fair, or equitable. But no one could object in that way in a political system for the conservation of power, because all stakeholders of public sphere rightly act for that power to endure as it is, as long as they derive personal benefits from it.

So, to have laws for oneself is therefore is an indispensable means which implies to the Prince to establish his power in the logic of conservation.
Any prince must act, promote and uphold his authority, he is called upon to apply, without remorse, perfidy and dissimulation, to submit and dazzle the people. The Gabonese being naturally inclined to despise the one who respects them and admire those who treat them as captives. This explains why the Gabonese have the greatest admiration for all those who have crushed them. Politics, in these conditions of conservation of power, is a policy of subjugation, violence, tyranny and master-slave relationship. Machiavelli said: "to control people fears is an effective way to retain power and to become legitimate." This explains that there is often an instrumentalization in the recurring way the Gabonese political actors invoke threats and feeds fears.

You have to understand very well one thing in a system of conservation of power, the traditional concept of authority is different than that of a democratic political system. In a democracy, the authority will always try to find the consensus of everyone. This is the Obama method, as a convinced progressive, he has always been convinced that the major issues concerning the running of the country should be beyond partisan positioning. This noble conception of the traditional concept of authority was misunderstood in the beginning of his presidency and earned him harsh criticism, to the point that he was being considered weak. Everybody was so wrong about Obama. What they saw as weakness, was only democratic intelligence. It took for Barack Obama to deploy his outstanding Commander in Chief acumen in the Bin Laden case, for him to be looked at differently. But in my eyes, without being American, Obama is a great president because he has reconciled the United States with the rest of the world, he has straightened the economy of his country, he has set up a system of universal health care and many poor Americans can get health care today, which was not the case before his accession to the highest office. His authority was subject to criticism and to appreciation value, without him being offended. His US citizenship is questioned? No problem, he presented his birth certificate in a self-deprecating way, nailing Donald Trump who was the bard of that cause. The world will soon discover nostalgically, in a not too distant future, that the US has seldom have had a greater president than Mr. Barack Obama!

This is where the concept of authority intervenes. Normally, it is not enough that everyone believes a statement to be true, for it to be so or effective, it must match the recurring reality. The concept of authority must be clearly explained for the respect and good sense of humanity. This means the human being in its ontological totality, without any segregation or discrimination.

There is no doubt that to speak is to put what we say to criticism and value appreciation, not to dictate to others what we want. However, in the logic of power conservation, there is no room for criticism, let alone for a value appreciation. The authority is strictly limited to the physical person of the prince. The authority then becomes authoritarianism, i.e. the expression of a lack of authority which refuses to submit to criticism and appreciation of the many. We fall hopelessly in misuse of authority, which leads to selfishness, avarice, licentiousness, by the fact that the thread of tradition finally and definitively breaks.

The political regime of conservation of power is therefore an organized fiasco, it is a danger to society because of its ineffectiveness, we pay attention to nothing. All that matters is the nasty attitude of the prince who is fixated on grabbing the country's wealth and spends all his time on this. To this end, it is important that the Prince takes care to eliminate all those who made him prince and fomented with him the elimination of other people then considered "dangerous". The direct witnesses of an unacknowledged story are, in any case, destined to be eliminated. It is therefore quite normal that the Prince eliminates his companions of the first hour. Especially since, they themselves, have such a criminal liability past that it is hard to have compassion for them.

On the other hand, the prince should certainly not make any innovation in whatsoever; in order to better submit the people to his power. In such a context, any distribution to the population of some trinkets by the Prince is considered a great thing, and the Gabonese people can then dance for six months, dripping in recognition breathlessly. (To be continued)