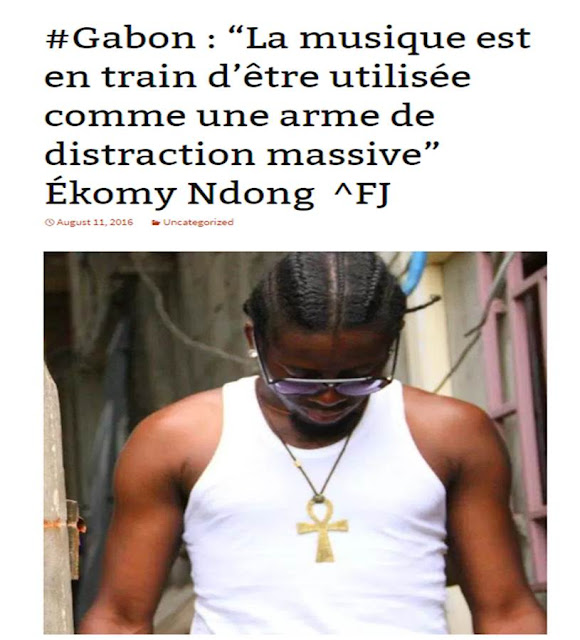 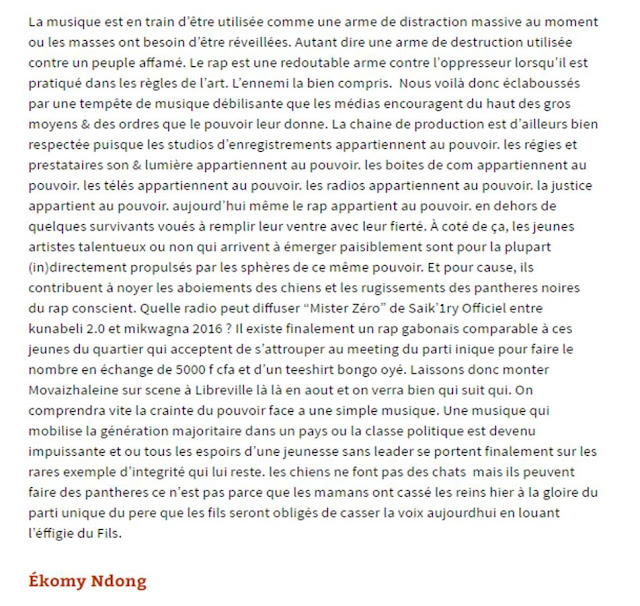 Music is being used as a weapon of mass distraction at a time during which the masses need to be awakened. We can say, a destructive weapon used against a hungry people. Rap is a formidable weapon against the oppressor when practiced within the rules of the art. The enemy has well understood this.

What radio station can broadcast "Mister Zero" of Saik'1ry Official between kunabeli 2.0 and mikwagna 2016? There is finally a Gabonese rap comparable to these neighborhood youth who agree to amass around the absurd party rally to add to the number in attendance, in exchange for 5,000 CFA francs and a bongo oyé teeshirt.

So let Movaizhaleine go up on stage in Libreville, there, there in August and we'll see who follows who. We will quickly understand the fear of those in power for a simple kind of music. Music that mobilizes the majority generation in a country where the political class has become powerless and where all the hopes of leaderless youth are finally bestowed upon the rare examples of integrity left. Dogs do not give birth to cats but they can generate panthers; it is not because the mothers have broken their back yesterday to the glory of the single party system of the father that the sons will be forced to break their voices today praising the son’s effigy.