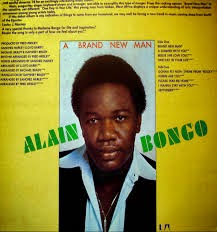 In the first post in our series, we saw that Ali Bongo came from Biafra. In this post, we examine how a whole mythology and compulsive lying was built around his childhood, to hide his Biafran origins.

Alain Bongo, a brand new man in the literal sense of the word!

In Ali Bongo’s official biography we can still read (for how long?) on the site Http://www.presidentalibongo.com/l-homme/la-biographie-du-president, the following is written:

"Son of the late President Omar Bongo Ondimba and Patience Dabany Ali Bongo was born in Brazzaville on 9 February 1959. In 1965, he left Gabon to pursue his primary and secondary education in France. After graduation, he studied law at the University of Paris Panthéon-Sorbonne and received a doctorate in Law on the subject of the public domain."

This story is an all-around lie, as we shall see. But before we continue, we want to remind our readers that the purpose of this series is not to address the "Gabonité" as some proponents of lies, unable to argue their case, may be tempted to accuse us of; but to demonstrate that a monstrous fraud was perpetrated upon the Gabonese people and this is unacceptable and therefore we need to establish the truth, the whole truth.

As was written in 2013, by the Gabonese intellectual Guy Nang-Bekale in a document you might want to read that is available on his blog: "... some prominent Gabonese with foreign-sounding names like Kachenko, Mamadou, Alvaro, walker, Dossou, Diop, Ogonwou, Adétona, Padonou, Adon, Paraiso, Saizonou, Daouda, Dikéou, Sindikou, etc., have faithfully served Gabon because they were Gabonese, because they are Gabonese. Today, nobody in the country can deny their descendants, their membership in Gabon. The historic settlement of Gabon was achieved by successive old and new installations of people of our sub-region of Central Africa (the old AEF); supplemented by groups from the West Africa (AOF); particularly from Senegal, Dahomey, Nigeria, Togo etc.”

So dear readers, there is not in the process of clarifying Ali Bongo’s origins, any rejection of the "stranger", but there is a rejection of imposture!

Between 1959 and 1968, it is impossible to find a single reference attesting that an individual by the name of Alain Bongo was born in Brazzaville in 1959, has ever existed; and we have looked worldwide.

Dear readers, the world today is digital. Research that took weeks 20-30 years ago, to be performed, can be done in a matter of minutes, if not seconds. In the past 24 hours, we peeled everything we could find about the registration system of civil status in the AEF (French Equatorial Africa). According to documents we consulted on this subject, it is on 12 April 1934, that the Standing Committee of the Government of the AEF issued a decree regulating for the first time in the history of the region, the civil status of the “natives". From that time in the AEF, declarations of birth and death, as well as weddings and recognition of children, were recorded by the colonial administration. We can consider that many children born in the villages far from actual centers of colonial administration were registered very late, which caused the "born around...” we have known. But Patience Dabany and Jean Boniface Assélé in 2009, testified on Gabonese television, that Ali Bongo was born from the womb of Patience Dabany in Brazzaville in 1959, following a caesarean section. This means that he was born in the capital of the AEF, in what should have been the most modern hospital because they were already practicing caesarean section, an advanced surgical technique for the time. This birth therefore had to have been recorded by the competent colonial administration.

Dear readers, we have moved heaven and earth for 24 hours, there is no Alain Bongo who was born to a Josephine Nkama or Josephine Bongo or Josephine Dabany in Brazzaville in 1959, 1958, 1957 etc. This birth is simply fictitious. So we come to the same conclusion as Pierre Péan in his book, who did a similar search.

In his book "Quatre présidents et l'Afrique: de Gaulle, Pompidou, Giscard d'Estaing, Mitterrand" at the Editions du Seuil, of 717 pages, Claude Wauthier speaks at length about the relationship between Josephine Bongo and her lover Robert Luong, and the fact that she tried unsuccessfully to have a child by him, using treatments to overcome her infertility. Pierre Péan, in "Nouvelles Affaires Africaines" revealed that he was in possession of recordings made by Robert Luong, in which he talks about these attempts by Josephine Bongo to avert sterility. To these evidences are added the testimonies collected in Gabon, from people familiar to Patience Dabany who have always been unanimously in saying that she never had children. Dear readers, when the sum of the evidence is compiled, you understand that the birth of Ali Bongo by Patience Dabany is pure fiction.

Ali Bongo’s official biography says that he left Gabon in 1065 to pursue elementary education in France. At that time, Albert Bongo was Leon Mba’s Chief of Staff and was working with other Gabonese who say that he did not have a son named Alain. Knowing at that time, to travel from Libreville to Paris, one had to take UTA or Air Afrique, we contacted the Gabonese professionals we know who worked in civil aviation or were likely to know the comings and goings in that sector, and we asked them if in 1965 they had never seen the name of a son Bongo, Alain Bongo, on an air ticket or a passenger manifest. The response was unanimous: never in their life! Worse, Pierre Péan searched in France, for schools that may have received this Alain Bongo in 1965 and no French primary school could be identified as having had as a student, a child of 6, 7 or 8 years old named Alain Bongo. When one knows the minutiae of French institutions in terms of archiving, it is surprising that it is always the archives of Alain Bongo that are missing! For example, the biography of Senghor tells us that he studied at the Lycée Louis le Grand in Paris, an institution that has existed since 1563. Just go on the website of the lycée and consult its archives to read Senghor’s tribute to his former high school in these words: "If I became curious about people and ideas, if I became a writer and art lover, if I remain a friend of France, I owe this essentially to my former comrades of Louis-le-Grand." If you continue to read these archives, you will find a list of former Louis le Grand Great, the most famous among them being: Charles Baudelaire, Paul Bourget, Michel Butor, Paul Claudel, Cyrano de Bergerac, Leon Daudet, Regis Debray, Diderot, Maurice Druon, Alain Fournier, Theophile Gautier, Fernand Gregh, jean Guéhenno, Victor Hugo, Joseph Kessel, Valéry Larbaud, Emile Littré, André Lichtenberger, Robert Merle, Molière, Charles Péguy, Bertrand Poirot-Delpech, Rochefort, Romain Rolland, le marquis de Sade, Saint-Evremond, Sartre, Voltaire, A. Michelin, André Citroën, Deschanel, Millerand, Raymond Poincaré, Georges Pompidou, Alain Poher, Valéry Giscard d'Estaing, Maurice Couve de Murville, Jacques Chirac, Michel Rocard, Laurent Fabius, Alain Juppé, Cavaignac, Choiseul, Drouin de Lhuys, Edouard Herriot, Jean Jaurès, Maunoury, Maupéou, Pierre Mendès-France, Turgot, Denfert-Rochereau, La Fayette, Aimé Césaire etc., etc.

In France, when you are told that a person went to school in such a place and such a year, you will have no difficulty checking, unless it is Alain Bongo who cannot be found in any French school before the 70s. Dear readers, we are in the presence of a sham. 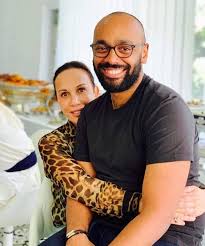 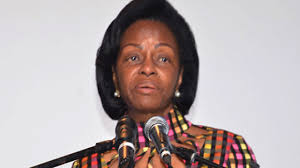 Dear readers, Ali Bongo is out of it; everyone knows it. So, it was not he who decided on the new government.
Eager to take matters into their own hands with safe people at all levels, Sylvia Bongo and her son Noureddin asked Mborantsuo to build a government which would allow them to prepare the succession in peace. Mborantsuo did so by appointing a significant number of her direct pawns
• At the post of Prime Minister is the lady who organized the washing of the body of Mborantsuo by Mpongwè women in a Djembè in Cap Estérias, after the electoral frauds and the massacres of 2016.
• The 4 State Ministers are people who are completely in Mborantsuo’s pocket: Denise Mekamne has obsolute loyalty to Mborantsuo; Lambert Matha was part of the 2016 Mborantsuo Team; Bilie-By-Nze has erected sycophancy into a religion and is now eating plenty with the Bongo-Valentin’s feet; Anicet Mboumbou-Miyakou is only the designated son as political heir of the lifelong lover of Mborantsuo, her …
Read more